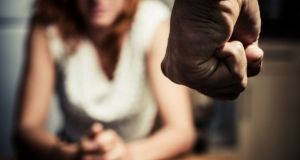 Women will do “everything” to minimise emotional and physical violence they experience around Christmas time for the sake of their children, according to Women’s Aid.

The charity’s 24-hour helpline received 14 calls on Christmas Day last year and 29 on St Stephen’s Day. In the first 11 days of this month, it has received 688 calls.

Linda Smith, manager of the helpline, said while calls on Christmas Day were “extremely low”, numbers increased “every day after that”.

“Christmas is a time for family and children especially. Women who are and have experienced domestic violence either throughout the year or last number of years, whether they’ve contacted us or not, it’s a particular time of the year they will do absolutely everything to make sure that nothing disrupts the day for the children,” she said.

“It’s really important that women realise there is the service here for them if they do feel they want some support with what they’re going through, that they’re not on their own,” she added.

Margaret Martin, director of Women’s Aid, said for women who had left abusive relationships, Christmas could be used by their former partners to control and abuse them. She said the frequency of violence towards women can be “much higher” over Christmas as people are consuming more alcohol.

One in five women in Ireland experience some form of domestic violence during their lifetime, according to Women’s Aid.