Woman found in Dublin being returned to Australia 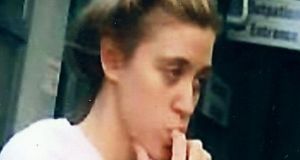 A vulnerable woman found wandering in a confused and distressed state in Dublin city centre last month is this evening being returned to her native Australia.

The Garda confirmed this evening it had consulted with the relevant authorities and was facilitating the repatriation with a view to reuniting the woman “with her family and the authorities” in Australia.

Earlier it had been decided she was to remain under the care of the HSE’s adult psychiatric services.

This morning at the High Court, counsel for the HSE, Tim O’Leary SC, said a comprehensive assessment conducted by a consultant psychiatrist had revealed that she suffers from a mental condition that “makes her vulnerable”.

Counsel said the assessment also established the woman does not suffer from a medical condition that required the HSE to seek a court order, such as an order detaining her at a psychiatric facility, under the 2001 Mental Health Act.

She would continue to receive the support of the HSE adult psychiatric services, counsel had then added.

The woman, who was initially believed to have been in her teens and European, was earlier this week formally identified as being a 25-year-old Australian national after gardaí took the unprecedented step on Tuesday of releasing her photograph to the media.

Within hours of releasing the picture it was established she had been staying with a relative in Co Tipperary some three weeks prior to her discovery near the GPO on O’Connell Street.

Today at the High Court, Mr Justice George Birmingham formally discharged all previous orders made by the court in respect of the woman, including orders allowing the HSE to keep her in their care.

The judge, who welcomed the fact the woman had been identified, said what was now known compared to what was originally thought about the woman had “come as shock to everybody”.

Mr Justice George Birmingham also said that as far as the court was concerned the proceedings before him had “run its course” and this was “the end of the matter”.

Yesterday, the judge had put a stay on vacating the orders, which he said were all made because it was initially believed she was possibly the underage victim of human trafficking, following an application by lawyers for the HSE, the Garda and her legally appointed guardian. They had asked for the orders allowing the HSE to keep the girl in care to remain in place pending an assessment of her by a psychiatrist.

Both a consultant psychiatrist involved in the woman’s treatment and a garda detective investigating her case told the court in their evidence that she was “a highly vulnerable individual”.

The case, which attracted national and international attention, first came before the court last week. The woman’s court-appointed guardian commenced a legal action against the HSE over a proposal to move her from where she had been receiving medical treatment to a non-secure placement.

Arising from that, the Garda, which after a three-week investigation was unable to identify the woman, secured an order from the court allowing the media to publish a picture of her.

Within hours of the picture being published the woman was identified.

The judge agreed with lawyers for the guardian that the action had produced an “outcome different to what was expected”. The woman would not have been identified had the action not been brought. On that basis the judge awarded the guardian her legal costs.

The woman, who was known to authorities in several Australian states, allegedly told a similar story about child-sex trafficking to Melbourne’s Royal Children’s Hospital. Using different identities, she has been taken in by families connected to church groups on a number of occasions.

In 2010, she was convicted in Queensland’s capital Brisbane on two charges of making false representations, one charge of intent to forge documents and one charge of contravening directions.

It is understood she was fined $500, which was to be excused if she did not reoffend in the following 12 months.

A month later, she was convicted of four separate charges relating to false representations and given the same penalty.

She also has a conviction for defrauding or deceiving to obtain welfare payments for which she was sentenced to six months imprisonment, suspended for 12 months.

In June 2012, she pleaded guilty in Western Australia’s capital Perth to charges including three counts of opening an account in a false name. She was sentenced on October 2nd last year to six months’ imprisonment, suspended for 12 months.

A restaurant manager in suburban Sydney told a news website she recognised the woman’s face on the television. “She used to work here for us,” said Chris Nunes. I saw (her picture) last night and then this morning I heard them say her name and I was like, ‘Oh my god it is her’.”

The woman found in Dublin worked in the restaurant two years ago for four or five months. “I knew that she had some issues, that’s why we let her go. She was a lovely girl. There was nothing I could say that she was a horrible person or anything, that’s why I gave her the opportunity.

“When she left here she said she was going to travel overseas,” Ms Nunes said.