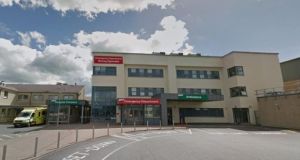 University Hospital Waterford (UHW) said in a letter sent on Friday to GPs in five counties that the move was to allow it to deal with the number of patients already on the waiting list to see a urologist.

The main regional hospital in the south east of the country has said it will not accept any new referrals from GPs for urology out-patient services for six months.

University Hospital Waterford (UHW) said in a letter sent on Friday to GPs in counties Waterford, Wexford, Carlow, Tipperary and Kilkenny that the move was to allow it to deal with the number of patients already on the waiting list to see a urologist.

The letter sent to GPs on Friday said: “Given the increasing demand for urology services in University Hospital Waterford, the current capacity constraints and the risks associated with delays in access to care and treatment, University Hospital Waterford will not accept any new out-patient referrals for a six-month period effective 1st March 2020.”

The hospital said that rapid access prostate referrals would continue to be accepted as normal.

“It is intended during the six-month period to focus on those currently waiting in the service, seek to further build capacity and be in a position to accept new referrals again thereafter and provide patients with safe and timely access to the service.”

UHW said it apologised for the inconvenience that would be caused by the move to not accept any new urology referrals until the autumn.

It is understood that the decision will affect patients in the region who live outside of Waterford.

Sinn Féin TD David Cullinane told the Irish Times that he spoke to hospital management about the decision, which he described as “regrettable” and a sign of a lack of capacity at UHW.

“It’s another example of how the hospital doesn’t have the staff and it’s just not good enough. Management have to take decisions based on the capacity and I have no quarrel with them on that but it will affect people obviously.”