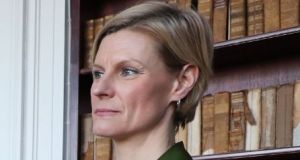 Political parties have been urged to use the Seanad election to address gender imbalance and promote more women into political life as the competition intensifies from former TDs to secure nominations.

Women for Election has called on the parties to nominate more female candidates to run for the Upper House and for co-option to the more than 30 council seats left vacant by successful general election contestants who won Dáil seats.

Chief executive of the non-governmental organisation Ciairín de Buis made the call in the wake of a minimal increase in the number of women in the Dáil after the election, rising from 35 to just 36, and the high casualty rate among female TDs. In the last Dáil there were 158 TDs but this has risen to 160 with demographic changes.

Ms de Buis said parties “do need to address the imbalance and it’s an obvious way which they can start to address it particularly given that the Seanad is an important political structure, but also because it is a pipeline for Dáil candidates as well”.

The Green Party will next week announce its three nominees who are expected to include outgoing Senator Pippa Hackett, while the Labour party will decide next weekend on four candidates, three of whom are expected to be women.

The Seanad race has been described as an “enormously difficult” election for Fianna Fáil and Fine Gael because of the number of former TDs seeking election and it creates gender dilemmas.

Fine Gael’s main focus is understood to be aimed at electing Senators in Dáil constituencies and counties where it no longer has representation including Dublin North West where Noel Rock lost his seat and Carlow in the Carlow-Kilkenny constituency, where former Carlow-based TD Pat Deering lost a seat but has secured a Seanad nomination.

Other strategic locations are Cavan in the Cavan-Monaghan constituency, Tipperary and Waterford.

In constituencies like Waterford, where there is no Fine Gael representation, the two general election candidates were both male and at least one is expected to go forward for election.

However in Tipperary, veterinary surgeon Mary Newman, has secured a nomination from the Irish Veterinary Society to run for the Seanad. Ms Newman is a sister of high profile former Fine Gael TD Kate O’Connell who lost her Dublin Bay North seat and whose name has also been mentioned for the Seanad.

Ms Newman said her own name had been in the mix for a party nomination but she secured one from an outside body.

Under the complex Seanad system 43 Senators are elected to five vocational panels by the 160 incoming TDs, the outgoing 60 Senators and city and county councillors, a total electorate of about 1,200 people.

Candidates can get an “outside” nomination from one of 110 civic society nominating organisations, or an “inside” nomination by getting the support of four Oireachtas members.