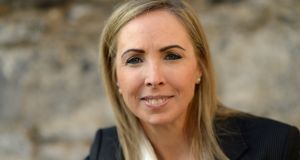 Helen Dixon, the Data Protection Commissioner, will appear in front of a US senate hearing in Washington on data privacy next week.

Ms Dixon will appear before the Committee on Commerce, Science and Transportation on May 1st, alongside witnesses from the Future of Privacy Forum, the American Civil Liberties Union and non-profit online research body Common Sense Media.

The senate is holding hearings on consumer perspectives on data privacy.

According to a release posted on Wednesday on the Committee’s website, the hearing will “examine consumers’ expectations for data privacy in the digital age and how those expectations may vary based on the type of information collected and processed by businesses”.

Ms Dixon’s office is the European data regulator for some of the largest consumer-facing technology companies in the world by virtue of the fact that they have their European headquarters in Ireland.

Since last May, the DPC is responsible for enforcing the EU’s strict rules on data protection, known as the General Data Protection Regulation. She has launched several investigations into companies following complaints and data breaches, including Facebook.

However, her office has also been criticised for not being strict enough on tech companies. This week, Brussels based Politico Europe published an in-depth piece criticising the DPC’s office and suggesting that Ireland’s multinational-focused industrial policy made the state a poor choice to regulate social media giants who were also employers here.

The senate committee hearing will also “examine how to provide consumers with meaningful tools and resources to make more informed privacy decisions about the products and services they use both online and offline”, it said in a statement.

“The panel will also discuss data privacy rights, controls and protections that should be available to consumers and enshrined into law in the United States.”