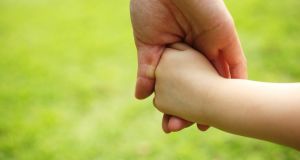 The process involves having to contact both the birth parents and those whose births were illegally registered, with social workers gathering documents to identify and locate them.

Investigators attempting to trace those affected by illegal adoption registrations at St Patrick’s Guild have described the ongoing process as “slow and labour intensive”.

Last summer it emerged that 126 births were falsely registered by the adoption society between 1946 and 1969 , in many cases the names of adoptive parents being recorded as birth parents.

The Government subsequently said attempts would be made to contact each of those affected, some of whom were unlikely to know they had been adopted in the first place.

Tusla, the Child and Family Agency, has declined to specify how many people it had so far managed to contact but described the process as “ongoing”. All of those found so far have been offered counselling, it said.

The process involves having to contact both the birth parents and those whose births were illegally registered, with social workers gathering documents to identify and locate them.

“Tracing people is often slow, labour-intensive work which involves searching files on records that can be up to many decades old,” the agency said, explaining that as people are identified they are contacted by a social worker and invited to discuss their history.

Have you been affected by the illegal adoptions scandal?

“We are very aware that this will be a shock for people affected and may cause upset and anxiety. We work closely with people throughout and offer support including counselling while allowing them their autonomy to decide what steps they want to take,” the agency said.

Separately, a report into the broader issue of illegal birth registrations in Ireland has been delayed again and will now be submitted to the Minister for Children Katherine Zappone at the end of May.

Following the St Patrick’s Guild discovery, the Government appointed independent reviewer Marion Reynolds to conduct a targeted analysis of other adoption records to determine how widespread the practice may have been. The report was due last October .

Ms Zappone has been informed that the report has been delayed again because the fieldwork involved, being carried out by both Tusla and the Adoption Authority of Ireland, has taken longer than anticipated. Their reports were expected by mid-April.

The review is focussed on a “targeted sample” of about 100,000 adoption records held by State agencies. Tusla could not yet say whether the independent reviewer has found evidence of a more widespread practice of illegal adoption.

Meanwhile Ms Zappone is expected to bring her Adoption and Information Tracing Bill back before the Seanad soon.

The proposed law would give adopted children access to information on their birth as well as providing information for those adopted people who found out that they had been wrongly registered as the biological children of their adoptive parents.

TDs and lobby groups expressed concerns with a provision which stipulated that adopted people who wanted to get access to their birth information would have to sign an undertaking, in certain circumstances, that they would not contact the birth parent.

Birth parents were also allowed to invoke compelling reasons as to why their information should not be released, where such release would be likely to endanger their lives.

Under a new provision which will be used instead, contact will be made with all birth parents to find out whether they have any objection to the birth information being released. Where the parent does not consent to the release of the information, both parties will be given the opportunity to make their case before the Adoption Authority of Ireland. The Department of Children said the Adoption Authority will make a determination in the case “against a range of criteria by reference to Supreme Court jurisprudence”.

1 David Trimble: After the big dinner in Oslo, somebody said why don’t we party together?
2 Covid-19: ‘Green list’ may shorten as Cabinet looks to tighten travel restrictions
3 Coronavirus: Warning against blame game as 46 more cases are confirmed
4 Maureen Dowd: The US president and the damage done
5 John Hume, architect of peace process, dies aged 83
Real news has value SUBSCRIBE