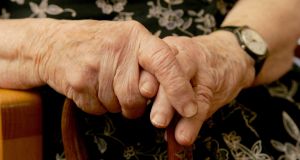 The State’s health watchdog found “urgent action” was required to address fire safety risks at a Roscommon care centre during an unannounced inspection in December.

The 10-bed residential centre accommodates members of the local community with low and medium dependency needs. The inspection was carried out to determine what progress had been achieved in addressing issues following a previous inspection in September.

The September inspection found the centre needed to strengthen its governance and management structures; to take action to reduce and manage the risk of fire, and to limit its number of residents to a level that could be cared for safely.

During the December inspection, Hiqa found the centre had not taken the necessary action to mitigate risks and had failed to improve regulatory compliance.

Hiqa said some of the residents living in the centre had high dependency needs, which the centre was neither structured nor resourced to manage safely. This issue had been discussed with the centre in October, but it failed to take definitive corrective action.

Inspectors were not assured there was sufficient staff with an appropriate skill-mix available to effectively meet the needs of residents. They also observed that residents were sitting in the sittingroom for most of the day unsupervised.

They called for a complete staffing review to ensure that a safe standard of care was delivered. The centre said steps have since been taken to address the concerns outlined by Hiqa.

The inspection report was one of 48 on residential centres for older people published by Hiqa on Wednesday.

Elsewhere, Hiqa was critical of Corrandulla Nursing Home in Co Galway for a failure to supervise residents adequately. Inspectors said “poor practices” were observed at the centre, which housed 22 residents on the day of the inspection in January.

“The inspector observed a resident receiving assistance with their meal,” Hiqa said. “The resident’s chair was in a tilted position. The chair was left tilted for the duration of the meal, which meant that the resident was looking up at the ceiling at all times.

“The positioning of the chair also excluded the resident from taking part in any conversation had by the other residents sitting at the table. A full review on the dining experience for residents was required.”

The centre informed Hiqa that it would seek to take on additional staff to address the concerns raised.

Of the 48 reports published, inspectors found evidence of good practice and compliance with the regulations and standards in 39 centres. In general, these centres were found to be meeting residents’ needs.

In the nine centres found to be non-compliant, inspectors identified issues of concern in relation to residents’ rights, staffing, training and staff development, risk management, infection control, and medicines and pharmaceutical services.