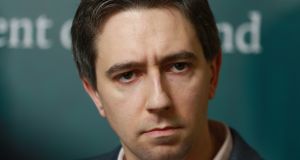 Minister for Health Simon Harris has said the construction of a new mortuary building at University Hospital Waterford will start ‘before the end of this year’. Photograph: Nick Bradshaw/The Irish Times

Minister for Health Simon Harris has said the construction of a new mortuary building at University Hospital Waterford will start “before the end of this year”.

The Minister spoke to management at the hospital on Wednesday morning following reports in The Irish Times and The Waterford News and Star which quoted a damning letter from four consultant pathologists at the hospital.

Dead bodies have been left lying on trolleys at UHW, leaking bodily fluids on to corridors and making closed-coffin funerals unavoidable in some cases, the letter said.

The mortuary lacks of sufficient refrigeration and the situation is so serious that some bodies simply decompose, causing “almost unspeakable” distress to families, the four warned.

A statement from the Department of Health said management “assured” Mr Harris that they will undertake “interim measures” while waiting for a replacement mortuary building.

Mr Harris said plans for the new mortuary were at an “advanced stage” and it is expected the request for tender “will be issued shortly”.

“The expectation is that construction will commence before the end of this year.

“The Minister has made it clear to the HSE that this project needs to be progressed as a matter of priority and funding will be provided,” a statement from the Department of Health said.

Fine Gael Senator Paudie Coffey, who is from Waterford and is also an undertaker, said the situation was “totally unacceptable” and that the HSE was “wide open for criticism”.

Mr Coffey asked why the HSE had not been prepared to respond to the Freedom of Information (FOI) request from local newspaper The Waterford News and Star.

The journalist who submitted the FOI request, Darren Skelton, told his local radio station WLR that he had been pursuing the issue since early this year when he was tipped off about the letter from the consultants.

His initial request was denied by the HSE who said it was not in the public interest.

The PRO for Health Equality, Matt Shanahan, said that UHW is the most underfunded hospital in the country.

“This is all about the fact that this hospital has not seen the resources that it requires. We have come out very badly, in terms of the hospital group structure.

“The whole thing is a health hazard and the HSE has acknowledged this themselves, that this is a significant health and safety hazard for their own staff and for the clinical staff, so this is not news for the HSE, maybe to the HSE nationally, this has been known for some time and has been known to people in the undertaking business in the region as well,” Mr Shanahan told the Pat Kenny Show on Newstalk.

“Issues with the mortuary in Waterford have been highlighted since 2004, but the HSE has failed to replace it. The realities cannot be denied, patients, visitors and staff are at risk in these unsafe and unsanitary conditions. The HSE and the Department of Heath cannot continue to wait until consultants and staff are at breaking point until they take action”, Mr Donnelly said.