Unite would not attend Labour Court if members banned from striking 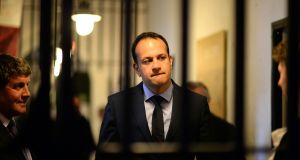 The Unite trade union has said it would not attend the Labour Court in the future if legislation proposed by Leo Vardakar meant its members would be subsequently restricted from taking strike action.

The union described proposals to curtail the right to strike in essential services in certain circumstances as “anti-worker and anti-democratic”.

Speaking at the union’s Irish policy conference in Belfast, Unite regional co-ordinator Richie Browne said the union would not participate in any process that would tie the hands of its members or take away from them the right to engage in industrial action.

In a policy proposal put forward on Monday as part of his campaign for the Fine Gael leadership, Mr Varadkar suggested that Labour Court rulings in cases of disputes in essential services should be binding on both parties. He indicated that strikes should be prohibited from that point onwards.

Mr Varadkar’s comments were also criticised on Tuesday by the Association of Garda Sergeants and Inspectors. It said it was disappointed at the comments being made at a sensitive time when talks on a new public service pay agreement had just begun.

Fianna Fáil also said it would not support the proposal, which the party’s spokesman on public expenditure, Dara Calleary, said was “flimsy”.

“One thing I would say, in the context of public sector pay talks getting under way, the timing of the proposals are unhelpful,” he said. “I would ask both candidates give those talks the space for those negotiations to proceed without interruptions but in terms of a ban on strikes it is not something as a party we would support.”

Addressing the Unite conference, Mr Browne said the union wanted the Government to repeal existing financial emergency legislation which had underpinned pay cuts imposed over recent years and would not accept this being replaced with “another anti-worker law”.

“If industrial action following a Labour Court recommendation is to be made illegal, we will have a simple response. We will not be attending the Labour Court in those circumstances,” he said.

Mr Browne said his union would not participate in any process which tied its members’ hands or took away from them the right to engage in or take industrial action.

“Minister Varadkar’s proposals are not only anti-worker and anti-democratic, they are quite likely to be counter-productive.”

Delegates at the Unite conference also passed an emergency motion calling on the incoming Fine Gael leader and Taoiseach to send a message of good faith to public service workers by pledging to repeal immediately the financial emergency legislation, which is known as Fempi.

The conference also called on the Government to abolish the requirement on public service staff to work additional hours without extra payment.

Delegate Gillian O’Brien from Carlow said under these requirements, in the institute of technology sector Unite members had had to work an additional 3½ weeks per year without any additional payment.

Separately Unite Irish regional secretary Jimmy Kelly told the conference that Unite was determined to ensure that workers on the island of Ireland “do not pay the price for Brexit”.

Mr Kelly said that to meet the challenges of Brexit there should be an increase in the minimum wage with a medium-term goal of making the higher “living wage” level the statutory floor.

He said precarious employment practices, such as zero-hour, low-hour and “if and when” contracts, should be ended, and a legal and universal right to collective bargaining for workers introduced.