Minister acknowledges ‘gaps’ in arrangement; some workers receive more money if they are laid off 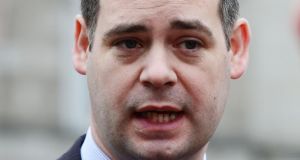 Trade unions are expected to press the Government again this week to address anomalies in the coronavirus wage subsidy scheme which can see some workers receive more money if they are laid off.

Trade unions have urged the Government to place a “floor” in the current arrangements so that workers would not be worse off by staying in a job than being let go.

Sinn Féin’s finance spokesman Pearse Doherty also last week called for a reform of the scheme “so that workers are not penalised by receiving the wage subsidy rather than the Covid-19 pandemic unemployment payment”.

Minister for Finance Paschal Donohoe last week acknowledged that some “gaps” existed in the wage subsidy scheme. He said the scheme had been set up quickly and that “anomalies” were always going to arise.

He said the Government would look at the issue.

The Government’s scheme aims to keep employees on the books for the duration of the coronavirus crisis by paying a subsidy equal to up to 70 per cent of an employee’s take-home pay, up to €410 a week. Employers can top up this amount.

However, unions have argued that for workers on low pay or low hours and where an employer was not topping up the amount paid under the scheme, it could be more financially beneficial for them to be laid off and receive the Government’s €350 per week Covid-19 unemployment payment.

Unions had pressed the Government to introduce some form of “floor” in the wage subsidy payment so that workers could not receive less if they remained in work than if they were let go from their jobs.

The objective of the scheme is that the relationship between workers and employers is not broken during the crisis, making a return to work easier.