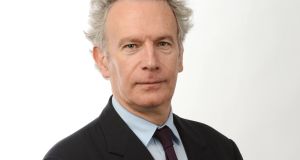 Irish Times journalist Fintan O’Toole has been shortlisted for the 2020 European Press Prize.

O’Toole, a previous winner of the award, was shortlisted for his column The Ham of Fate on the rise to power of British prime minister Boris Johnson, published shortly before Mr Johnson took office last year.

The column, which is nominated in the opinion category, was published in the New York Review of Books and El País.

In April 2017, O’Toole won a European Press Prize in the commentary category for his coverage of the Brexit vote and its consequences for the Irish peace process. He was the first Irish recipient of the award. He had previously been shortlisted in 2015.

The shortlist of 24 projects was chosen from 730 entries. Any journalist who works in or is from any of the 47 countries of the Council of Europe is eligible to compete in the European Press Prize.