UCD gets Connemara film and sound archive of artists and poets 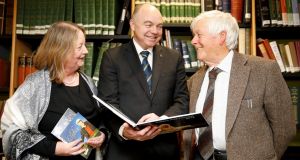 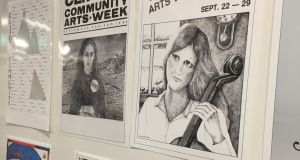 Clifden Community Arts Festival is known for its striking posters, many by local artist Joe Boske, and these form part of the collection.

Extensive film and audio recordings of poets Seamus Heaney, Paula Meehan and Moya Cannon and musicians Christy Moore and Bill Whelan form part of a Connemara archive which has been donated to University College Dublin (UCD).

Digital recordings of writers and artists Tom MacIntyre, Maire Mhac an tSaoi, Robyn Rowland and John Behan among many others are also captured on the archive donated by Clifden Community Arts Festival, which marks its 40th anniversary this September.

The longest-running arts festival of its type, the event was founded by Brendan Flynn and fellow teachers in Clifden Community School to open up the secondary curriculum to the arts.

Mr Flynn has paid tribute to Brother Killian Kearney and Dr James Mungovan, who both recognised the importance of involving the arts in the life of the school.

Marked out by Booker-winning Kazuo Ishiguro as “Ireland’s best-kept secret”in the 1990s, the festival has grown from a small community event to one of international importance, UCD library head of development and strategic programmes Ursula Byrne said.

Many of the performances were photographed and recorded from the 1990s by videographer Bernhard Sanders, a retired sound engineer and freelance photographer based in Cologne, Germany. Latterly, he also filmed events, editing the videos over the winter months at home in Germany.

Ms Byrne said that collection comprised a “wealth of high-quality literary, musical and visual materials” including minute books, correspondence, posters, extensive film footage, and thousands of original photographs, some of which were displayed at the signing-over event.

“One of the special aspects of this Clifden collection is the recorded media,”she noted. “It reveals the impact these performances had both on the local community and the region – film footage and photographs capture the moment, and allow the experience of the festival to be enjoyed, and explored, long after the event itself,”she said. “It is a sociological record over 40 years,” she said.

The library will seek copyright permissions to make the archive widely available. It will also collect recordings on a continuous basis from the festival.

Clifden Community Arts Festival is known for its striking posters, many by local artist Joe Boske, and these form part of the collection, Mr Flynn said.

“UCD library has archives like those from Poetry Ireland, the Austin Clarke collection, and other literary festivals, so it seemed only right that it should have Clifden’s collection as well,” Mr Flynn said when asked why the archive was travelling east of the Shannon. “UCD approached us and was very keen, and so we were delighted to co-operate.”