Coveney says strategy plan as much about rural as urban Ireland 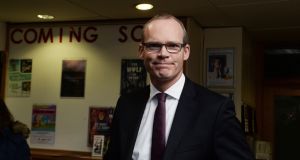 A new city strategy is needed for Ireland to prevent the type of “unsustainable growth” seen in the Dublin region over the past 20 years, the Minister for Housing has said.

Simon Coveney described “very exciting” opportunities ahead for cities such as Cork, Waterford, Limerick and Galway as well as other towns. The Government was keen to hear what the public wants for their city or town,” he said.

“If we don’t plan a new city strategy for Ireland, we’re going to see the continued unsustainable growth for Dublin and we’re going to see the extra million people or so that are going to be added to our population, doughnutted around the capital city, which is what’s happened over the last 20 years,” the Minister said in Waterford as he announced regional consultations on his Ireland 2040 plan.

Mr Coveney said the plan was “very much about the revival of rural Ireland as well”, such as encouraging people to live in community settings again rather than one-off housing.

The Minister, seen as one of the favourites to be the next Fine Gael leader, again said he would not make a “formal leadership pitch” until Taoiseach Enda Kenny confirms his plans to step aside after visiting Washington in March.

Mr Coveney was asked if he was “annoyed” by some of the media coverage, which has focused on him and his family contrasted with his main rival for the job, Leo Varadkar, who is gay, on his own or with his partner.

He said he hoped commentary surrounding the race would be about vision rather than any candidate’s personal life.

“I think the more we focus on what a new leader for the country and the Fine Gael party can do, primarily for the country but also for the future of Fine Gael, the better,” Mr Coveney said.