District Court judge Kevin Kilrane had the largest claim of 2016 at €51,563, figures show 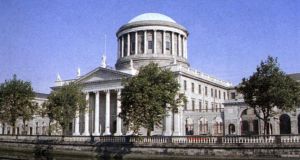 Judges claimed more than €1.6 million in expenses last year, an 11 per cent decrease on the previous year.

Judges claimed more than €1.6 million in expenses last year, an 11 per cent decrease on the previous year.

Courts Service figures show that Judge Kevin Kilrane of the District Court had the largest claim of the year at €51,563.

District Court judges claim the highest amount in expenses of the judiciary as the court venues they preside over are more dispersed than court presided over by Circuit Court judges.

Judge Kilrane presides in the Donegal, Sligo and Leitrim areas while moveable judges such as Judge Furlong are likely to claim high expenses as they are required to preside at courts throughout the country.

Judges in the Supreme Court and High Court claim comparatively small amounts in expenses as the majority of sittings are held in Dublin.

The expense bill for the High Court judges stood at €97,791 with the expenses claimed by the members of the Supreme Court last year totalling €4,129 while judges in the Court of Appeal claimed €4,426

The level of costs recouped by each judge are a direct reflection of the work, numbers of sittings and the locations he or she is required to attend.