John Early dies after swimming near Terryglass; a man in his 40s dies near Portumna 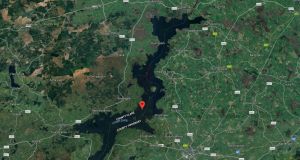 In one incident, a man in his 40s who has yet to be named died while swimming near Portumna, Co Galway. Meanwhile, John Early (56), died suddenly after he had been swimming near Terryglass, Co Tipperary. Both locations are towards the north of Lough Derg, above. File photograph: Google Maps

Two men have died in separate incidents after swimming in different parts of Lough Derg.

In one incident, a man in his 40s who has yet to be named died while swimming near Portumna, Co Galway. Meanwhile, John Early (56), died suddenly after he had been swimming near Terryglass, Co Tipperary.

Sources said the two tragedies occurred around the same time on separate parts of Lough Derg.

The Coast Guard was alerted by a caller shortly before 6pm on Tuesday who said a man had gotten into difficulty in the water near Portumna.

Commenting on the Portumna incident, a Garda spokesman stated: “A man in his 40s has died following a drowning incident at Lough Derg, Co. Galway. The alarm was raised shortly after 6pm when a swimmer got into difficulty.”

The man’s body was discovered shortly before 10pm at Cappafallagh, Portumna.

The body has since been removed to Portiuncula Hospital for postmortem, and the local coroner has been notified.

Around the same time, emergency services were alerted to a separate incident at Terryglass after Mr Early came ashore, suddenly became unwell and died.

The fatality is being treated by gardaí as a sudden death, and has been referred to the local coroner’s office.

A friend who did not wish to be named said Mr Early, originally from Glenageary in Dublin, had a holiday home in Terryglass and moved to the area permanently 12 years ago. He had his own medical devices company with his wife Louise, who he married in 2014.

The couple have a daughter Jessica (8), who made her first holy communion last week. He also has a teenage son, Joshua.

“He was a lovely fellow. He spent the last 12 years in Terryglass. The whole community there are in shock,” the friend said.