This spring has been driest on record in Leinster 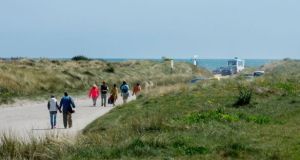 The fine weather is set to continue over the bank holiday weekend, with temperatures to range from 20 to 25 degrees. Photograph Brenda Fitzsimmons 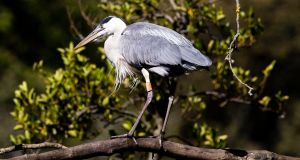 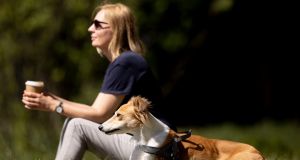 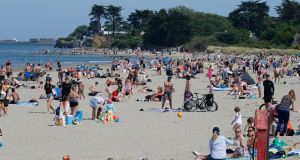 This spring has been the driest on record in Leinster since digital records began around 70 years ago, the national forecaster Met Éireann has said.

Since early March seven weather stations have experienced an “absolute drought,” which is 15 consecutive days without rain.

Drought-like conditions have been most apparent in Dublin where the Phoenix Park weather station had 42 days from March 18th to April 28th, in which just 5.8mm of rain fell.

The fine weather is set to continue over the bank holiday weekend, with temperatures to range from 20 to 25 degrees.

The weather on Friday is to be dry and sunny throughout the day, with some cloud cover in the west of the country, and colder breezes along the southwest coast.

Temperatures on Saturday will range from highs of 20 to 25 degrees, with clear skies and strong sunshine in most places, according to Met Éireann’s forecast. The west of the country will see cloudier weather, with temperatures along the southern and eastern coasts slightly lower than other parts due to coastal breezes.

Saturday night will remain dry and warm in most parts, with temperatures only dropping to 10 degrees overnight.

The sunny weather will continue into the weekend and likely through to early next week, the national forecaster has said.

Top temperatures on Sunday will reach 24 degrees, during another dry and sunny day. Sea breezes will mean it is slightly cooler along the southern and eastern coasts, with the north and west of the country to be cloudier.

Sunday night will remain dry, with some spells of mist and fog patches in parts, and temperatures of nine to 12 degrees overnight.

The current outlook for the bank holiday Monday is temperatures of between 22 and 25 degrees, and more dry and sunny weather for the most part. Met Éireann has said there is a risk of light rain showers in the afternoon, and moderate easterly breezes.

Temperatures are to begin to drop from Tuesday, and continue to fall into the week down to the mid-teens, the forecaster has said.

There was a chance of a “drop” of rain on the edge of the west coast, but even that might hold off, he said. “Overall it’s a dry, bright weekend,” he said.

There was the “possibility of some showers” on Tuesday, and from mid-week onwards the weather is to get cooler, he said. However, that cold air mass bringing an end to the fine weather was still “uncertain,” he said.