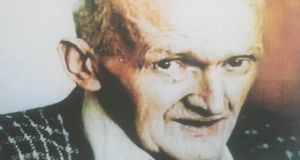 In Frank McCourt’s bestselling memoir, Angela’s Ashes, nobody is more responsible for his “miserable Irish Catholic childhood” than his father, Malachy.

Malachy McCourt is introduced in the first page as “the shiftless, loquacious alcoholic father”. With the release of his file by the Military Service Pensions Archive, we now hear part of his story in his own words.

He was an old IRA man, his son Frank wrote, who had been on the run and was spirited out of Ireland on a cargo ship to America. There was a price on his father’s head, but Frank wasn’t impressed. “When I was a child I would look at my father, the thinning hair, the collapsing teeth, and wonder why anyone would give money for a head like that.”

Throughout the book Malachy becomes a parody of the drunken Irish rebel, rousing his children out of bed to sing Kevin Barry and Roddy McCorley.

He was prepared to die for Ireland, but in reality could only drink for Ireland, plunging his family deeper into poverty and misery.

In one passage in the book, Malachy goes looking for an IRA man in Terenure called Charles Heggarty to help him out of his penury.

“I fought with a flying column during the Troubles and I’m hoping you can help me in my hour of need,” he says.

Heggarty is unimpressed. There are plenty like him who claimed to have “done their bit”, he says, but he will look into the claim.

Heggarty gives Malachy the price of a bus fare for himself and his two sons. When Malachy asks for the price of a pint on top of it, he is ejected from the house.

The archives show Malachy got equally short shrift from the Irish State when he went looking for a pension for services rendered during the War of Independence.

In his pension file, just released by the Military Service Pensions Archive, Malachy claimed for service as a private in the third battalion, fourth brigade, of the IRA from September 1919 to March 1921.

His activities in his native Co Antrim, as he recounted, involved the burning of an RUC barracks, raids for arms on the homes of ex-RIC officers, raids on Orange halls and on the headquarters of the B Specials.

Between April 1921 and the truce in July 1921, he claimed to have been particularly active.

His home had been fired on, he had raided the mail train twice and the co-op for petrol and explosives, and he had blocked roads. He also claimed to have carried out raids on poteen stills.

In summarising his service, Malachy recalled that he “suffered much inconvenience” with harassment from the RUC and B Specials. He slept out at night, there were raids on his home and his property was stolen.

At no point does he mention anything about having to flee to America as a result of his activities, a tall tale he was wont to convey to all and sundry, according to his son in Angela’s Ashes.

In his pension application, Malachy, who was originally from Toome, Co Antrim, gave the names of three referees for his service: John Duffy from Dublin; Barry Young from Newbridge, Co Derry; and James Leddy from Randalstown, Co Antrim. There is no mention in the files of Charles Heggarty or anybody with a similar name.

The response to his application from the Department of Defence was brutal in its succinctness. In October 1940 an official from the department wrote to Malachy.

His referees had told the department he did not have sufficient military service to qualify for a pension, so the department turned him down. The unnamed official did not elaborate. The files suggest that McCourt did not appeal the department’s findings, as many did at the time.

Malachy, despite his lifestyle, lived to be 85. He died in Belfast in 1985. Frank, who was born in New York before coming to Ireland, returned to the United States when he was 19 and became a schoolteacher.

Angela’s Ashes was not published until he was 66 and became a worldwide publishing sensation, spawning a film and now a musical. There is also a Frank McCourt Museum in Limerick.