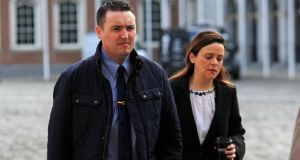 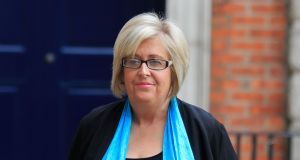 The Charleton tribunal has heard details of threats made against the life of whistleblower Garda Keith Harrison in October 2013.

In a statement to the tribunal, Donegal division Chief Supt Terry McGinn outlined how information about threats made against Garda Harrison had been received from two anonymous 999 calls on October 4th and October 5th, 2013.

The first call gave details of an overheard conversation involving four men in a bar in Strabane, Co Tyrone. The following day, the same male caller gave further information, saying that the threat came from a relation of Martin McDermott, who was serving a prison sentence in Portlaoise following a manslaughter conviction for the death of Garda Gary McLoughlin.

The number used to make the anonymous calls could not be identified by gardaí because the calls were made from a phone which had no Sim card in it, the tribunal heard.

As a result of the calls, the threat was rated as “substantial”, Garda Harrison’s home security was assessed, and he was advised to exercise caution in his movements.

The threats and subsequent investigations were part of a briefing which Chief Supt McGinn gave at a regional management meeting of senior gardaí held in Dundalk on November 5th, 2013. Supt McGinn’s briefing also included allegations of alleged verbal abuse, harassment and threats made by Garda Harrison against Ms Simms during their relationship.

Retired Chief Supt James Sheridan told the tribunal that he had no memory of the briefing on Garda Harrison at the meeting, attended by senior officers from the Northern Region headed by assistant commissioner Kieran Kenny.

Minutes of the meeting, which run to six pages, included a single line that “Chief Supt McGinn gave an overview in relation to the Garda Keith Harrison investigation”.

Mr Sheridan said that as the chief superintendent in charge of the Cavan/Monaghan division at the time, he had no management role in Donegal, and he had no recollection of the briefing.

Barrister Pat Marrinan SC said the tribunal had also received a statement from Edward McGoey, a civilian crime analyst who was also at the meeting, who said he had no recollection of Garda Harrison being mentioned at the meeting and had not recorded anything about him in his notes.

In the current module, the tribunal is looking at contacts between gardaí and the HSE/Tusla relating to Garda Harrison.

Supt Eugene McGovern told the tribunal he attended a divisional management meeting in Letterkenny on November 29th, 2013, at which Tusla (then HSE) manager Gerry Hone was present.

“No individual case was discussed, and it wouldn’t be at this type of meeting, it wouldn’t have been prudent at this kind of meeting,” Supt McGovern said.

Minutes from subsequent district management meetings in Buncrana, where Supt McGovern was stationed at the time, referred to the need to provide full information to the HSE/Tusla when referring child welfare cases to the agency.

Supt McGovern said that a referral made following a Garda statement from Garda Harrison’s partner Ms Simms and her children was not identified at these meetings as a case where there had been insufficient information provided to the HSE.