Stimulus package aims to turbocharge economy over next six months 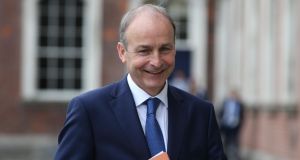 In recent years, budgets have been about incremental change; on the ground, they have meant little to most people, other than maybe a bit extra in their pay cheque when exchequer measures take effect the following January.

The July jobs stimulus is the exact opposite of that.

It is arguably the most dramatic policy intervention in a political generation, designed to turbocharge the economy over a period of about six months. The hope is that by the time these measures lapse, there will be momentum in an economy that has begun to emerge from the long shadow of pandemic. But how will this economic sugar rush hit the high street, and your pocket book?

What does it mean for my bottom line?

If you could sum it up in one word, it would be “spend”; spend if you’re the Government, spend if you’re a business, spend if you’re a consumer. The key, and unheralded, measure here is the headline cut to the rate of VAT, chopped from 23 per cent to 21 per cent for a period of six months, at an estimated cost of €440 million. The idea here is to make spending in the economy, on the whole, cheaper. It is designed to tease out some of the savings households have accumulated during lockdown.

The same is true for the “staycation voucher”. This will give a tax rebate of up to €125 on sums spent on accommodation, food, or non-alcoholic drinks up to a limit of €625. This will be administered through an app, and you won’t have to spend the full €625 to see a refund.

The cycle-to-work scheme has been turbocharged, with allowable expenditure increased to €1,500 for ebikes and €1,250 for other bicycles.

There is a significant increase in the level of tax refund available under the State’s help-to-buy scheme, from €20,000 to €30,000, in a move that will be welcomed by first-time buyers, homebuilders and the construction industry.

People should also feel this in their employment – or lack thereof. The temporary wage subsidy scheme has been renamed and expanded, and opened up to start-up businesses in affected sectors of the economy and seasonal staff.

For those on the pandemic unemployment payment (PUP), the coming months will see that income dwindle, with payments over time being brought back into line with existing social welfare levels. It will also be closed to new entrants from September 17th.

In an attempt to balance this, the Government is carpet-bombing the further education and training sector with tens of thousands of new upskilling positions. There will be a training initiative to support the national retrofitting programme. The public employment service will be bolstered, as will JobClubs, JobPath and other employment services.

If you’re self-employed and were profitable last year, but are facing Covid-related losses, there is to be a new income tax relief.

What can businesses expect?

A cornerstone of the package is a dizzying array of grants and low-cost loans for businesses. Getting this cash quickly and effectively on to the balance sheets of firms will be a key acid test for the effectiveness of the plan. Firms will benefit from the extension to the wage subsidy scheme, mentioned above, but also the previously announced €2 billion credit guarantee scheme.

The restart grant for small businesses has been more than doubled, with €300 million extra bringing it to a total level of €550 million, and the ceiling for grants has been increased to €25,000. That will be accessible to firms who have already drawn down lower amounts through a top-up, and businesses that were previously excluded, such as B&Bs, are eligible.

The waiver on commercial rates will be extended to the end of September at a total cost of €600 million. A micro-financing package worth €55 million has been approved, and the future loan growth scheme will be expanded from €200 million to €500 million. Tánaiste Leo Varadkar said there would be a year-long holiday on repayments and interest rates would be closer to 3 per cent than 4 per cent.

There is an array of cash sweeteners on offer to employers to hire those struggling with unemployment or undergoing upskilling; including a €2,000 payment to support employers to take on new apprenticeships, and 8,000 recruitment subsidies to hire someone on PUP or the live register under the age of 30.

There has been €10 million put aside for a restart fund for tourism, and €10 million for a pilot performance support scheme for the culture sector to assist planning for events in the context of Covid-19.

Companies that were profitable in 2019 will be allowed to carry-back trading losses early, effectively resulting in an immediate refund of some or all of the corporation tax they paid last year. Firms will also be allowed to warehouse PAYE and VAT debts in part or full with no interest or penalties.

There are also various early-stage funding packages for companies, ranging from a €25 million Covid life sciences fund to €10 million for firms involved in green research and innovation, and €10 million for seed and venture capital through Enterprise Ireland. A €20 million Brexit fund for SMEs exporting and importing from the UK has also been confirmed, as well as online retail schemes and a voucher trading scheme worth a combined €25.5 million.

The economic touch paper has now been lit; if it fails to flame there will be calls to extend and enhance measures as they expire. Will that be affordable? Would we be able to borrow enough? In trying to achieve escape velocity from Covid-19, could we be creating problems for the future? And, most importantly, will it work? We will have to wait to find out.

Man (61) charged with murder of woman in Belfast 23:10
Getting gardaí to enforce quarantine in homes ‘problematic’ 23:05
Enda Kenny: Border poll is ‘meaningless’ without putting in work on living together 22:58
Employer ordered to compensate worker after rejecting remote working 22:49
Independent inquiry to examine North’s mother and baby homes 22:34