Ireland’s 16th winner of the draw had bought a €2.50 normal play ticket online 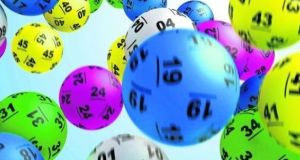 The identity and whereabouts of the Euromillions winner is of keen public interest but remains unrevealed.

The winner of the €49.5 million EuroMillions jackpot has come forward to claim the prize, the National Lottery confirmed on Thursday.

Ireland’s 16th winner of the European draw is registered in Dublin and paid for a €2.50 normal play ticket online for last Tuesday’s draw. That ticket scooped €49,564,587.

As always, the identity and whereabouts of the winner is of keen public interest but remains unknown and will not be made public.

A National Lottery spokesperson said he, she or they contacted Lotto headquarters and will now be “carefully guided through the prize claims process” before officially claiming the money.

Because the ticket was purchased online, a digital notification was sent to the winning account as well as a separate email immediately after the draw.

When it emerged the winner was in Ireland, the National Lottery began the process of drawing down the funds from the other nine participating lotteries in the EuroMillions community.

Ireland’s continued fascination with the Euromillions jackpot, particularly in the midst of an economic recession, is reflective of past life-changing wins.

Possibly most famous of all was Dolores McNamara, the 2005 Limerick winner and Ireland’s first, who landed more than €115 million.

Meanwhile, the National Lottery has asked players of the domestic draw in Clonmel, Co Tipperary to check their tickets with a €70,725 prize remaining unclaimed from Saturday February, 8th.