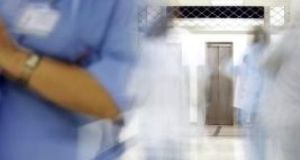 The union said the dispute was over efforts to secure a job evaluation process for up to 500 support grade workers.

Staff at Bon Secours private hospitals across the country are to ballot for strike action in a dispute over access to a job evaluation scheme which could result in them receiving higher pay.

The workers involved are in support grades represented by the trade union Siptu and include health care assistants, porters, catering attendants and cleaners.

Siptu said on Wednesday that following wide consultation over recent weeks with shop stewards at the Bon Secours Health System it “had been agreed to ballot for both industrial action and strike action across five hospitals locations in Dublin, Limerick, Galway, Cork and Kerry”.

The union said the dispute was over efforts to secure a job evaluation process for up to 500 support grade workers.

Under job evaluation processes, the roles of particular grades of staff are reviewed to determine if they have evolved over time and if they should be upgraded as a result.

In September 2019, Siptu members in some support grades in the public healthcare service backed Labour Court proposals which saw them receive pay increases of between six and 13 per cent. This followed a strike earlier in the year over what the union argued was a failure of the Government to pay increases on foot of a job evaluation scheme for HSE employees.

In the public system increases increases under job evaluation schemes are in additional to rises under the overall pay agreements for State employees.

Siptu sector organiser, Miriam Hamilton said: “Despite repeated requests, the Bon Secours management has refused to engage with Siptu representatives on the implementation of a job evaluation scheme. The Bon Secours Health System and Siptu have a long standing agreement spanning many years linking the pay and working conditions of our Bon Secours members to the pay and conditions of workers in the HSE.”

“The actions of management in recent weeks have threatened this link and our members won’t stand for it. Our members believe that pay movements arising from the implementation of the job evaluation scheme in the HSE should also be applied to support grade workers in the Bon Secours Health System.”

Ms Hamilton said the ballot for strike action “aimed at protect this vital link between the HSE and the Bon Secours Health System” would take place place in the coming weeks.

“Management must wake up to the fact, that support grade workers, including health care assistants, porters, catering attendants and cleaners are essential in the running of every hospital and that they deserve to feel valued and respected. Siptu representatives remain available to meet with management and we again call on them to engage with us in advance of our ballot in an attempt to find a resolution to this dispute.”

The Bon Secours Health System has been approached for comment.