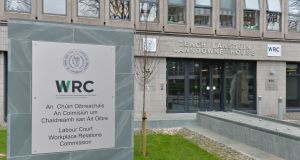 There has reportedly been some progress in talks aimed at resolving the dispute at Bus Éireann which has stopped services for a fortnight.

Direct negotiations between unions and management, as well as talks mediated by officials of the Workplace Relations Commission, took place on Thursday in an attempt to break the impasse.

Informed sources said that while some slight progress had been made, the process was likely to continue for several hours. In the meantime pickets remain in place at Bus Éireann depots across the country.

The dispute centres on moves by management at the State-owned transport company to introduce cost-saving efficiency measures and work practice reforms without agreement with the unions.

The unions have contended the management plan would see Bus Éireann drivers lose up to €300 per week in earnings. The management has argued the moves are essential to stave off impending insolvency at the company.