Snow and sleet falls with temperatures to drop below zero 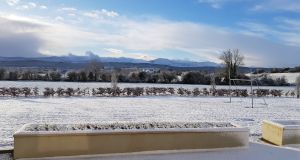 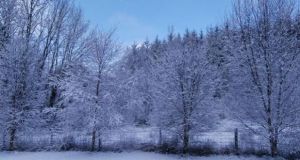 Snow, sleet and hail are fell across the country on Thursday and temperatures are set to fall to minus 1 degrees overnight.

Authorities have warned of dangerous driving conditions in part of the north west, the west and the midlands.

#Sneachta in Thurles on a Thursday morning in February.
What more could you want? pic.twitter.com/u2aMLrYtdx

There were a number of crashes during the day, including one at junction 17 Athenry, another in the N65 between Loughrea and the motorway, one on the N4 in Carrick-on-Shannon and two incidents in Tipperary.

Gardaí also advised drivers to be aware of the danger of “sun glare”, which can result in motorists being dazzled by the intensity of low sun on the horizon.

The national forecaster said some of the showers on Thursday evening would be wintry but mainly confined to the northwest with a risk of fog in patches.

Friday morning is expected to be dry with hazy sunshine with temperatures between 6 and 9 degrees before the rain sets in again in the afternoon.