Legislation to require specific, immediate use for land is identified before purchase 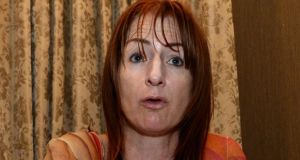 Independent4Change TD Clare Daly said the issue of the IDA having CPO powers should be questioned. Photograph: Cyril Byrne

Legislation giving greater legal certainty for compulsory purchase orders on land required for industrial use, including in cases of foreign direct investment (FDI), is to be introduced to the Dáil today.

The Reid family had farmed the land for more than a century and lived in Hedsor House, Blakestown, a stone building dating back to the 1760s. Today it borders the Carton House estate and the 360-acre Intel campus at Leixlip which has seen more than $12.5 billion in investment since 1989.

After a three-year struggle with the IDA, resolutely maintaining his land was not for sale, Mr Reid prevailed in November 2015 and his Supreme Court victory brought legal consequences for the IDA.

Although the Reid case is the only time the IDA has sought to use its CPO powers, changes were required to address various procedural issues identified by the court.

These are really quite extraordinary powers, and there needs to be public debate as to whether it’s right for the IDA to have them

During the appeal, Mr Reid’s barrister, Pat Butler SC, argued the procedure used by the IDA was different from that of local authorities. In the latter cases, affected parties could have the purchase order reviewed by An Bord Pleanála, the planning appeals body.

Mr Reid had also argued the need for evidence that development would take place on the land in order for the IDA to acquire it.

Outlining the court’s ruling, Mr Justice McKechnie said the IDA was one of just two substantial bodies where the legislature had not adjusted “outdated practices” to bring them in line with “more enlightened” approaches to the protection of personal property rights.

He said the IDA’s CPO in the Reid case had been in excess of its powers under the 1986 Industrial Development Act.

The court had to consider whether the IDA had power to assemble a land bank in a situation where it had not identified the industrial user.

The Bill’s provisions are in direct response to the issues raised by the Supreme Court judgment.

“These amendments ensure that the IDA has the legal basis to continue to acquire property in pursuit of its industrial development functions,” an explanatory memo states.

The legislation will require that a specific use for the land is identified before purchase and that its use will be immediate.

It would bring the IDA’s CPO powers in line with those of local authorities and An Bord Pleanála would be given a statutory role to review orders and to adjudicate in cases where they are resisted.

Independent4Change TD Clare Daly said the issue of the IDA having CPO powers in the first place should be questioned.

“For many people it would seem utterly incredible that the IDA can forcibly acquire land against an owner’s will and hand it to a private multinational company – and in light of that this Bill deserves serious scrutiny,” she told The Irish Times.

“These are really quite extraordinary powers, and there needs to be public debate as to whether it’s right for the IDA to have them.”

Ahead of the Bill’s introduction, the IDA said it purchases land regularly on a voluntary basis from owners in order to “meet expected future demand from clients in a variety of sectors”, sometimes for immediate use and sometimes in anticipation of future demand.

In a statement it said CPOs would constitute a “last resort”, considered “only after all other avenues have been exhausted”.