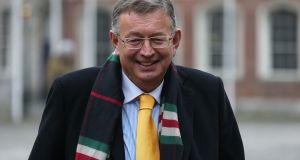 Solicitor Gerald Kean said he had underestimated how difficult it would be to find a new office at short notice. Photograph: Collions 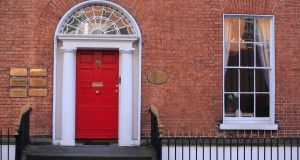 The offices of solicitor Gerald Kean on Pembroke Street, in Dublin, which the sheriff took possession of on Friday. Photograph: Collins

A security company acting on behalf of the Dublin City Sheriff has taken possession of offices occupied by solicitor Gerald Kean, The Irish Times has learned.

A private security guard at the door of the office, on Pembroke St in the south of the city, confirmed he was acting on instructions from the court, that the premises had been secured on Friday morning and was now empty.

Speaking to The Irish Times this afternoon, Mr Kean confirmed that “a problem arose between myself and the landlord in relation to Pembroke Street in Dublin 2”.

However, Mr Kean said he had “struggled” to find a new, larger premises in time to meet the January 31st deadline. “Only this week was I successful in finding a larger premises, and I was expecting to move in the next seven to 10 days,” he said.

“However, I was taken by surprise when the sheriff moved into my property this morning, and now we are moving to our new building over the weekend,” he said.

The solicitor said he had underestimated the difficulty of finding a new office at short notice. “I thought I could simply make a call and walk into a new office,” he said. He said the move to a larger office was exciting.

Mr Kean said his busy practice had kept him from finding a new premsies in sufficient time. “When you’ve a big practice, you’re looking after clients all the time,” he said.

Mr Kean said his landlord was a property investment company based in Hong Kong with no Irish office.

The Pembroke St building also served as the office from which Mr Kean carried out his functions as honorary consul to Moldova.

When contacted, the Sheriff’s office said it would not comment on individual proceedings.

Alongside his legal practice, Mr Kean is known for his celebrity lifestyle, and is a fixture in the gossip pages of the national press.