Scout leader accused of rape not vetted despite Garda advice 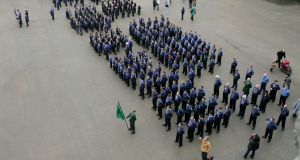 Scouts at Collins Barracks in 2008. A review found some directors of Scouting Ireland knew of the rape allegation against the man but did not inform others. File photograph: Aidan Crawley

Scouting Ireland failed to question if a scout leader who had been accused of rape was fit to act as a volunteer before reinstating him, according to a confidential review.

In 2016, a woman leader alleged that she had been raped on a camping trip seven years earlier, when she was 18. The man was suspended but not prosecuted; the Garda then advised Scouting Ireland that he should be officially vetted before returning to his role. “This advice was not acted on,” the report, which has been obtained by The Irish Times, says.

Scouting Ireland’s board approved the man’s promotion months after his suspension was lifted, last year. Some directors knew of the allegation against the man but did not inform others.

The review, carried out by Ian Elliott, who previously headed the National Board for Safeguarding Children in the Catholic Church in Ireland, says parents would be “deeply shocked” at the suggestion that “an alleged rapist should not be robustly investigated” by Scouting Ireland “to confirm that they are a suitable person to continue as a volunteer”. The organisation has 40,000 juvenile members and 12,000 adult volunteers.

Before the organisation allowed him to return to scouting “a robust examination of all the evidence available should have been made, including his behaviour during the Garda inquiry”, Mr Elliott said.

Scouting Ireland decided that the man had “no case to answer” after the Director of Public Prosecutions ruled out bringing charges, but Mr Elliott stressed that the threshold for a criminal prosecution is that of proof beyond all reasonable doubt. Mr Elliott said he could find no evidence “that consideration was given to the relative probability” that the incident could have happened as described by the woman, who was “largely ignored”.

While under suspension the man “sought to use” scouting connections “to exert as much pressure” as possible to end the internal process, the review says. In addition, he was given liaison support during the investigation, but the alleged victim was not, despite facing “considerable” pressure.

Mr Elliott said it was “simply incredible” that the chief scout, Christy McCann, met the man in January 2017, in a meeting arranged by another senior volunteer, David Shalloo, which had “demonstrated a blatant disregard” for agreed safeguarding policies.