Satisfaction with public servants in Ireland at record high 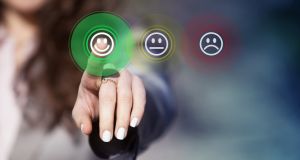 83% per cent of people who have dealt with public servants expressed satisfaction, up from 76% in 2015. Photograph: iStock

Some 87 per cent said service levels were mostly meeting or exceeding expectations, up from 83 per cent in 2015.

It is the seventh survey of its kind and was conducted among 2,000 adults between January and February this year. The survey has been carried out on a biannual basis since 1997.

The perceived trustworthiness of the Civil Service is also on the increase, with 64 per cent of the public believing civil servants dealt with people in a fair and equitable way. That’s up 7 per cent on 2015.

That perception is higher among those who have had contact with the public service than it is for non-customers. Some 52 per cent of non-customers thought the Civil Service dealt with people in a fair and equitable way.

Minister for Public Expenditure and Reform Paschal Donohoe stressed the importance of the uniqueness of the public servants when dealing with people. It was not like “Ariel versus Persil” as there was only one public-service provider, he said. He added it was satisfying to note that more than 80 per cent were happy with the service they received. It was “entirely plausible”, he added, that by the time the next survey came around, more than half of all people who deal with the public service would do so electronically.

The Government is working on the website mygov.ie, which would allow members of the public to assume a digital identity for accessing services.

“There is much to be satisfied with. We will always be ambitious to do even better,” he said. “I strongly believe that the customer should be at the heart of everything we do. I have asked that the customer be a key focus on the new public service development and innovation framework.”

The general secretary of the Department of Public Expenditure and Reform, Robert Watt, said the survey, carried out for the department by Ipsos MRBI,was important for civil service bodies and provided valuable feedback for civil servants. He described the results as “very positive, but we are not complacent”.