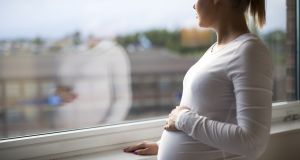 A hair salon owner alleged to have told an employee “I know – your arse is fatter” after being told by the woman that she was pregnant has been ordered to pay €20,000 compensation following a discrimination case.

It is more than triple the €6,000 award made to Ms Ahern by the Workplace Relations Commission (WRC), which was appealed to the Labour Court by Ms Cross.

Ms Cross denied saying “I know – your arse is fatter” when Ms Ahern informed her that she was pregnant in February 2015.

Caroline Jenkinson of the Labour Court found the evidence tendered by the employer was “unsatisfactory and lacking in candour in many material respects”. By contrast, the court found that Ms Ahern “gave honest evidence to the best of her recollection”.

Counsel for Ms Ahern said his client was discriminated against on gender grounds when Ms Cross reduced her hours during the pregnancy and advertised her job when she was on sick leave with morning sickness.

Ms Ahern alleged that when she informed Ms Cross that she would be returning to work from sick leave, she was told that she was not reliable.

It was alleged that Ms Cross told Ms Ahern that in any event, as she would be commencing maternity leave before long, she would have to be replaced and that it was too much hassle. Ms Ahern stated that Ms Cross then offered her four hours work a day.

Counsel said Ms Ahern was at a loss of her earnings from July 2015 until she went on maternity leave in November, and she could not go back to work for her employer after her maternity leave due to the breakdown in trust. Ms Ahern terminated her employment at the salon on May 26th, 2016.

Ms Cross denied that Ms Ahern was subjected to any form of discrimination and said she worked around her and did what suited Ms Ahern when she went on sick leave.

Ms Jenkinson stated that the court was satisfied that the hair salon’s efforts to seek a new employee when Ms Ahern was ready to return to work following pregnancy related illness and yet only offering her four hours, undermined the employer’s credibility.