Brianna Parkins says: ‘I think it is time to give women a say on their own reproductive rights’ 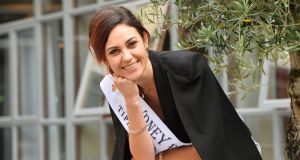 Sydney Rose Brianna Parkins has called for the eighth amendment of the Constitution on abortion to be repealed. Photograph: Domnick Walsh/Eye Focus. 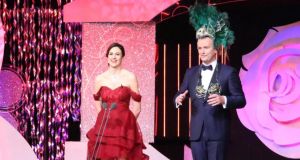 Sydney Rose Brianna Parkins has called for the eighth amendment of the Constitution on abortion to be repealed. Photograph: Rose of Tralee/Twitter.

Sydney Rose Brianna Parkins has called for the eighth amendment of the Constitution on abortion to be repealed.

Ms Parkins (25) made the call on stage during the live final of the Rose of Tralee festival on Monday night.

She told presenter Dáithí Ó Sé: “I think we can do better here in Ireland. I think it is time to give women a say on their own reproductive rights. I would love to see a referendum on the eighth coming up soon. That would be my dream.”

Pro-choice campaigners believe the wording means abortion rights in Ireland are too restricted; anti-abortion campaigners want it to remain the same.

The Rose of Tralee festival describes itself as apolitical and does not encourage political statements.

However, it emerged in a behind the scenes documentary broadcast on RTÉ One on Monday night that the subject of abortion was a topic for discussion in group sessions.

The sessions were overseen by the judges in the competition.

“We want to hear their (the Roses) views,” said former Rose of Tralee (2010) and now judge Clare Kambamettu.

In The Road to the Dome it was revealed that the three subjects for discussion were the prospect of a united Ireland 100 years after the Easter Rising, the refugee crisis and abortion.

Ms Parkins, whose mother comes from the Liberties in Dublin, was nominated for a journalism award for her work in exposing conditions in brothels in her native Sydney. She now works for the Australian state broadcaster ABC.

She described herself as a “professional BS detector”, exposing untruths told by other journalists, and somebody who also campaigns for women’s rights focusing particularly on domestic violence.

It also emerged that the explicit words of a rap song by Lil’ Wayne were amended for the live final.

German Rose Kari Foss (27) performed A Milli, but with significant changes to the lyrics which could be constituted as being misogynist.

The lines: “I’m a venereal disease like a menstrual bleed” were changed to “I’m an unstitched bleed, I am a recurring disease.”