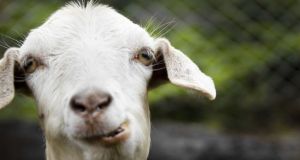 Bóthar was established in Limerick in 1989 to send dairy cows to communities in Africa and has since grown to gifting goats, pigs, poultry, rabbits and bees to the developing world. File photograph: Getty

The Charities Regulator has appointed inspectors to carry out a statutory investigation into the charity Bóthar that gifts livestock to communities in developing countries.

Concerns were raised with the regulator about the Limerick-based charity in late 2019 and Bóthar was contacted early this year and has been engaging with the charity since then.

It is believed that the investigation relates to governance issues at the charity.

The inspectors will investigate the affairs of the charity and will report on its findings.

The regulator noted that the opening of a statutory investigation “is not in itself a finding of any wrongdoing.”

Bóthar said that it would “fully cooperate with the regulator and its inspectors on this matter and awaits the finalisation of the report and its findings at the earliest opportunity”.

This is the seventh time that the regulator has appointed inspectors to investigate a charity.

Bóthar was established in Limerick in 1989 to send dairy cows to communities in Africa and has since grown to gifting goats, pigs, poultry, rabbits and bees to the developing world, working on livestock projects in countries such as Zambia, Rwanda, Malawi, Nepal, Albania and Kosovo.

The charity aims to help poverty-stricken families with income-producing livestock.

The average number of employees at the charity was in the 10-19 range.