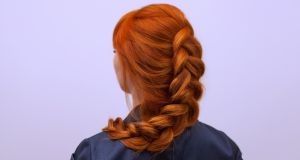 A restaurant has been ordered to pay €2,000 to a former employee who was sacked after a customer posted a negative review on Tripadvisor noting that ‘the red haired waitress was abrupt’. Image: iStock.

A restaurant has been ordered to pay €2,000 to a former employee who was sacked after a customer posted a negative review on Tripadvisor noting that “the red haired waitress was abrupt”.

The waitress took an unfair dismissal case at the Workplace Relations Commission (WRC) which upheld her claim after the boss at the unamed restaurant said he accepted the woman’s version of events.

WRC adjudication officer Máire Mulcahy said the use of the TripAdvisor comment and 20 other alleged complaints “is not far short of mob rule in the workplace” when the waitress was not offered the opportunity to examine the truthfulness of them. The woman was dismissed on October 2nd last.

Ms Mulcahy said the the ‘vox-pop’ type comment posted on TripAdvisor about the red haired waitress being abrupt, which the restaurant used as the reason to dismiss the woman, was “very far removed” from the concept of substantial grounds as required under the Unfair Dismissal Act.

“There was no disciplinary procedure in the workplace. There was no process,” Ms Mulcahy said. “No advance notice, no examination of the alleged complaints, no opportunity to be accompanied at the meeting which resulted in her dismissal, or right of appeal was afforded to the complainant.”

The waitress told the WRC that she believes the reason for her dismissal was because she offered support to the boss’s then partner during the break- up of their relationship. The restaurant boss has since apologised to the waitress for his behaviour, the WRC report notes.

In her evidence, the waitress said she had received no previous indication of customer or management dissatisfaction with her work. She said she was not given an opportunity to respond or to appeal the decision to dismiss her and was offered pay for her minimum notice period on the condition that she sign a statement saying she would take no further action. She refused to do this.