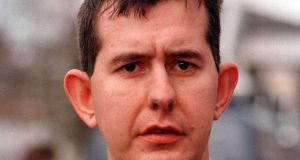 The Ulster Unionist Party has asked the PSNI chief constable George Hamilton to investigate claims that there was fraud involving some of the recipients of the Renewable Heat Incentive (RHI) grants.

The “cash for ash” scheme encouraged businesses – and later householders – to install woodchip boilers. However, there was no cap imposed initially, meaning the more heat a business generated, the higher the subsidy it received. The scheme could result in an overspend to the Northern Ireland taxpayer of up to £490 million.

UUP economy spokesman Steve Aiken said he wrote to the police after the DUP Minister for the Economy Simon Hamilton on Monday did not contest suggestions some users of the scheme had done so fraudulently.

“The general public will be confused to hear from an Executive Minister that fraud has been detected in a government-sponsored scheme, yet the Police Service of Northern Ireland has not even been notified about any of this,” said Mr Aiken.

The BBC produced figures on Tuesday which showed the main clusters of people who took up the scheme were located in the Ballymena, Co Antrim and Dungannon, Co Tyrone areas.

This indicated, it is understood, that these were mainly poultry farmers who used the woodchip boilers to heat chicken houses where the birds were reared.

Meanwhile, as Northern Ireland prepares for Assembly elections on March 2nd, the US has urged a quick resumption of devolved government after polling day.

“The United States remains committed to supporting a more peaceful and prosperous Northern Ireland. To this end, we urge all political parties to focus on quickly finding a way forward to the resumption of stable devolved governance,” the US state department said in a statement.

Mr Poots, an MLA for Lagan Valley, said that “everybody has culpability” in the failure to put cost controls on the RHI scheme.

During a discussion in the Assembly of a joint motion from the SDLP and the UUP calling for a public inquiry into this scheme, Mr Poots defended his party leader.

“Arlene Foster did not devise the scheme. She was presented with it. She did not ask for it to be changed by civil servants so that it was different from the UK one,” said Mr Poots.

He said that nobody saw the flaws in the scheme, including the British gas and electricity regulator, Ofgem. He added that when she was minister for enterprise, trade and investment, Ms Foster brought “tens of thousands of jobs” to Northern Ireland.

“Yet members are fixated with a hate campaign against her,” he added.

UUP leader Mike Nesbitt said the estimated £85,000 overspend per day on RHI could have been used to assist victims of the Troubles and of institutional abuse. “It is not an Orange issue. It is not a Green issue. It is an issue of right and wrong, of competence and incompetence,” he said.

“Yet, when you raise that issue in the chamber and suggest that there is such a concept as ministerial responsibility, some parties now make that synonymous with hate crime and misogyny. How desperate? How embarrassing for the integrity of these institutions?”

1 Gardaí found naked man on a cross being whipped in Dublin club, court told
2 Two in custody after Ryanair flight to Dublin forced to divert
3 Many people identified as close contacts refusing to come forward for Covid-19 testing
4 Taoiseach says Garda document on Cowen case ‘not quite as portrayed’
5 Man (47) charged over damage to Luke Kelly statue in Dublin
Real news has value SUBSCRIBE