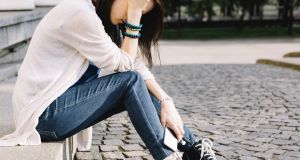 The picture painted by the social worker was grim; the teenage boy was impossible to control, a threat to staff at the care unit where he lived, he took drugs, damaged the accommodation and was clocking up a criminal record.

The social worker said the boy was assessed as high risk, he was a difficulty and a challenge and was on a waiting list for a secure care placement, but there were no beds. In the meantime, he would stay in an ordinary residential unit for children in care.

The boy’s guardian ad litem took the oath, sat in the witness box and adjusted his glasses. Guardians ad litem are appointed, under the Child Care Act 1991, to represent the voice of the child, and their best interests, in court.

The guardian told the judge how the teenager was feeling, how his anger could overwhelm him. He said all but one of the charges against him related to criminal damage in the place he lived in. The accommodation was not suitable for him and the Child and Family Agency knew it, the guardian said.

“The charges he is accumulating are because he is not in a secure environment; the gardaí have effectively become agents of control,” the guardian said, concern evident on his face.

“We are criminalising a child because of the inappropriate environment in which we are placing him.”

The boy had been exposed to domestic violence from an early age and his trauma was significant. He had developed a drug problem. He had been in a secure unit in the past and did well there, the guardian said. “He needs help, but he needs it in a secure environment.”

The judge listened, frustrated by what he heard. After discussion, he adjourned the case for a month “in the hope that whoever it is who has the power” would make secure provision for the boy.

The judge’s comments, founded on the guardian’s concern, added to pressure on the agency to find an appropriate place for the boy. Such is the case in many child protection hearings.

In another case, a young girl needed specialist therapy. The social worker had already applied to the appropriate committee in the Child and Family Agency for funding to have it privately, but had been told the girl would have to go on a lengthy public waiting list.

The guardian knew the child desperately needed the service, before she got any older and was left any further behind her peers. The issue came up in court and the judge directed the agency to provide the service.

A snapshot study of the service, carried out by the Comptroller and Auditor General over three months in 2016, showed 65 guardians were appointed to children in care nationwide. There were 31 Barnardos guardians, 13 from Tigala and 21 other individuals or members of small groups. The same report said guardians’ professional fees in 2015 were €8.2 million, with legal costs of €5.9 million. If the number of guardians was the same in 2015 as it was in the study, it would mean an average income of more than €126,000 each.

The pay for guardians, negotiated with Tusla, is €125 an hour, according to the Comptroller and Auditor General, which recommended that Tusla develop performance metrics, such as the average cost per service type provided by guardians, to identify outliers and be assured that costs, over and above the average, are appropriate.

Barristers working in child protection recognise the importance of guardians. They have highlighted the constitutional imperative to hear the voice of the child. And they have warned against diminishing the status of guardians in court and inhibiting their right to legal representation.

One barrister has said if guardians are deprived of legal representation, children’s access to justice, and their rights under the Constitution, will be breached.

Not all of those involved in child protection are entirely happy with the roles of guardians in court. They are seen by some as meddling in Tusla’s remit.

Former head of Tusla, Gordon Jeyes, now on the board of the Legal Aid Board, accused guardians of using the courts to redirect scarce resources to children in their care and away from others who are equally entitled to services. The current head, Fred McBride, has complained that although Tusla pays for guardians, it has “no control over the value they are adding”.

One legal practitioner, who works in the area, says some guardians can be unnecessarily adversarial and would achieve better results for children if they took a more collaborative approach. Others have said they should not be allowed legal representation in court.

Children’s views of their guardians are positive overall, but not in every case, according to Jennifer Gargan, director of Epic, a charity that works with young people in care.

“The child doesn’t really have a choice if the court appoints a guardian,” she says. The guardian is required to represent the views of children, but also to promote their best interests, and the two may be contradictory.

“If a child wants to go home, and the guardian doesn’t think it is in their best interests, then the child is not going to be happy with the guardian,” she says.

She says some guardians are better than others and do “an excellent job”, advocating for children and sometimes actively opposing the views of social workers.

“It’s like all human relationships, some work out better than others, but I would say we would promote young people in having a guardian and would view it as a positive experience; just not in every case.”