Private consultants resign from contract to treat only public patients

Group of consultants withdrawing from Covid-19 arrangement with the State 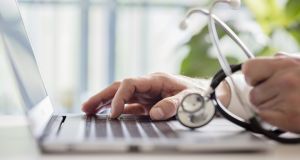 The Department of Health said last night the issue of private consultants withdrawing from the public-only contract was a matter for the HSE. Photograph: iStock

Private sector medical consultants who had signed up to the Government’s contract which would see them treat only public patients during the current Covid-19 crisis are beginning to resign from the arrangement.

The Irish Times understands that a group of private consultants working in Kerry who had signed up to the Government’ public-only contract have in recent days said they would withdraw from the arrangement.

According to consultant sources, other doctors in Dublin have also withdrawn from the arrangement.

Senior HSE sources said on Wednesday the health authority was aware of the resignation of two private consultants from the public-only contract.

Medical sources maintained that the numbers involved were considerably higher.

It is understood there have been meetings of private consultants in other parts of the country over recent days regarding their continued participation in the contract with the Government.

The Department of Health said last night the issue of private consultants withdrawing from the public-only contract was a matter for the HSE.

The Department of Health had said earlier this month that about 320 fully private medical specialists had accepted a public-only contract, which was offered in parallel to the State’s effective takeover at the beginning of April of nearly 20 private hospitals.

The HSE said last weekend that more than 280 had signed up to work in the public system.

Given the 30-day notice period involved, any resignations may be largely symbolic if the Government decides not to extend its takeover of private hospitals and the current arrangement expires at the end of June.

The HSE is at present carrying out a review as to whether it should extend its control over private hospitals for a further month from the end of June.

It has to inform the private hospitals of its decision by next week. Given the estimated €115 million cost per month, the HSE will have to consult with the Minister for Public Expenditure Paschal Donohoe on the issue.

The Government’s deal with private hospitals covered the cost of staff -- up to a salary of €200,000 – as well as facilities and the treatment of patients. However the agreement did not encompass the 600 fully private consultants who practise in these centres.

The Government offered these doctors a temporary locum contract to treat only public patients with a salary ranging from €141,000 to €195,000.

Many of the private consultants expressed concern that the State’s proposal would impact the continuity of care for their traditional patients and threaten the viability of their practices given that the contract would not cover the cost of their private rooms and staff.

Separately one of the main private hospitals in Dublin, the Bon Secours, told medical personnel on Wednesday that it was working on the basis of a return to private healthcare at the end of June.

The deal with the private hospitals provided the State with about 2,000 additional beds as well as access to theatres and diagnostic facilities at a time when capacity in the public system was facing challenges from a potential major surge in the number of patients with Covid-19.

‘A lucky escape’: Coast Guard rescues woman stuck in sinkhole in sea for 90 minutes 07:34
Locals rally to help after GP’s surgery destroyed in fire ahead of vaccine arrival 01:00
Covid-19: Ireland could be ‘close to normal’ by end of year, says Dr Ronan Glynn 01:00
Calls for ‘robust action’ over offensive social media posts by prison staff 01:00
Plan to end direct provision by 2024 would see asylum seekers housed in State accommodation 01:00