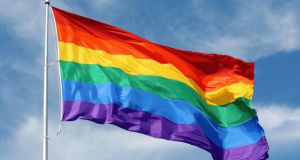 A printing company in Co Louth has defended its decision not to print wedding invitations for a gay couple, saying that “we do not support same-sex marriage”. File photograph: Getty Images/iStockphoto

Mr Jonathon Brennan (29), who had asked Beulah Print to print the invitations for him and his partner John Kierans (35), said: “I am a Catholic man, I have faith and the decision by Beulah Print has hurt me.”

The couple have been together for 8 years and are marrying in a civil ceremony on August 3rd in Celbridge, Co Kildare.

Mr Brennan is proprietor of Avenue hairdressers in Drogheda and has used the services of Beulah Print for posters and flyers for work .

He asked the company to print the wedding invitations for the couple and believed that when Noel Tuite, co-owner of Beulah Print, called him at work about it yesterday it was to look at samples.

Instead, Mr Brennan was told the company did not agree with homosexuality and that “there is a conflict of interest here and we refuse to do business with you”.

Mr Tuite told him that if the company was given an image of a naked woman and asked to print it on a poster that they would refuse to do that as well.

Mr Brennan said: “How offensive that they are linking a wedding invitation to a pornographic image. I couldn’t get over it. I said I really wish I had been fully aware of your conflict of interest four years ago before I started doing business with you.”

In a statement, the company said: “We, at Beulah Print, are Bible-believing Christians who are committed to standing by our conscience and God’s word.

“We have been in business for twelve years, during which time we have held to our convictions, and have at times declined a variety of work which we felt was clearly contrary to our beliefs.”

“We have never hidden our faith from our customers and represent the gospel at every opportunity. ”

Mr Brennan said: “For me, god teaches us to love one another and to love thy neighbour and not to hurt anybody.”

Mr Brennan said he was aware of the company’s statement: “I can’t help but feel they are on the wrong path. I’d love to give them a shake and say wake up, you are doing yourselves terrible damage here. I am feeling sorry for them.”

The couple has had offers from other companies to print their invitations.