Over one in three sexual assault victims are students, Cork centre says 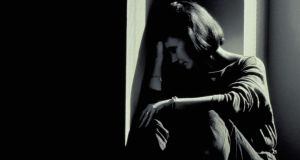 Students made up 35 per cent of the client base of the Sexual Violence Centre Cork last year, the organisation’s annual report says.

Almost three-quarters (74 per cent) of the sexual assault victims who engaged with the centre last year said they knew their attacker, with 25 per cent of the reported sexual assaults taking place in the victim’s home.

Some 22 per cent of sexual assaults happened in the perpetrator’s home and 23 per cent took place outdoors, it said.

The centre said demand for its services last year was largely consistent with 2015. Some 310 victims of sexual violence availed of its services with 248 of these first-time clients and 62 in ongoing contact.

Mary Crilly, the centre’s director, said its helpline received 1,426 calls and 1,006 contacts were made by text while 92 callouts were performed to the sexual assault unit at the South Infirmary Victoria University Hospital.

One in five women nationally have experience of sexual violence but only one in four of these report it to gardaí, said Ms Crilly, who added that Ireland has a conviction rate of just 5 per cent for sexual offences. She said “sexual violence is about power and control – it is about misogyny”.

Ms Crilly said there had recently been conversations and campaigns about consent and she hoped that consent workshops in third level institutions would help educate people.

“Consent is not grey. There is consensual sex and there is sexual assault. There is nothing in between,” she said.

Ms Crilly said there had been a number of positive developments last year in terms of combating sexual violence, most notably the progression of the Criminal Law (Sexual Offences) Bill through the Dáil and Seanad before its enactment on March 27th last.

Ms Crilly said the act addressed a number of issues including a statutory definition of consent as well as establishing new offences relating to the sexual exploitation of persons with disabilities, she said.

The centre also noticed the use of social media to harass and abuse was on the increase and forms an additional element in sexual abuse, said Ms Crilly. She also welcomed the establishment of the Garda protective services unit in Cork, which she said would help to ensure consistency in investigations.