Court hears up to 1.3m people in State are illegally accessing companies’ content 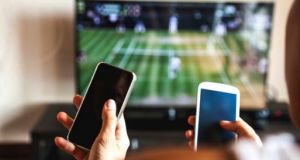 There are a growing number of providers of Android boxes that plug in to a TV set and allow users to stream content from the internet onto their televisions. Almost every film and television programme ever made, as well as live sports, can be accessed from these services at a minimal cost to the end user. File photograph: iStockPhoto/Getty 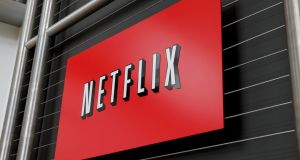 The world’s best-known streaming platform is Netflix, a completely legal service with hundreds of thousands of customers in Ireland. Photograph: Ryan Anson/AFP/Getty Images

For two decades those who make and sell content have been fighting a running battle with those making it freely available on the internet. A Commercial Court action taken in Dublin yesterday by a group of studios is the latest in a line of skirmishes that have unfolded across the world.

At the turn of the century, Napster and dozens of other upstart start-ups allowed people to share music for free. It sent convulsions through the music industry, which ultimately shut the sites down but never really recovered.

Traditional business models were then almost completely destroyed when streaming services such as Spotify, Tidal and Apple Music emerged from the wreckage.

The war has since moved on to film and television, where the main fronts were torrents and streaming .

Torrents were in the ascendancy 10 years ago. By downloading a torrent, a user essentially downloaded small sections of programmes or films from multiple sources with the sections then reassembled either on a multimedia box plugged into the end-user’s television or on their computer. The content then sat on a hard drive in the end-user’s home.

Content makers and ISPs cracked down on torrent providers such as Pirate Bay and KAT because end users were storing complete files on their devices. A clampdown on this prompted many to move to streaming platforms, which differ from torrents in that the content never sits on the end-user’s device, it merely flows on to and off it.

The best-known streaming platform in the world is Netflix, a completely legal service that has won itself hundreds of thousands of customers in the Republic – and hundreds of millions of users worldwide – by giving easy access to thousands of TV programmes and movies at a relatively low price. Amazon Prime, Virgin Media and Sky are also in the space.

Then there are the legally questionable services, a growing number of providers of Android boxes that plug in to a television set and allow users stream content from the internet onto their televisions. Almost every film and television programme ever made, as well as live sports, can be accessed from these services at a minimal cost to the end user. Boxes can be bought for as little as €50.

Effectively the boxes fool a television into thinking it is an Android device and content is streamed and not downloaded or stored. Some websites selling the boxes claim that as long as an internet user is “streaming copyrighted content, then it’s legal for the user, who isn’t wilfully making a copy of said content”.

However, those who are actually streaming the content do not have licences from the companies that own the copyright, which puts such services on very shaky ground.

The legal action being taken by the big producers would suggest that the law is not on the streamers ’side.

While the court heard that as many as 1.3 million people in the State are illegally accessing content and costing the studios hundreds of millions of euro annually, the film companies and the ISPs will not target individuals and will satisfy themselves by cutting off the content at source.