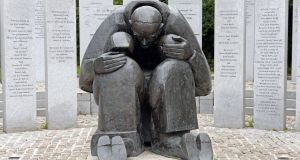 For students whose family income falls below a certain limit, the State helps them attend further and higher education through financial supports. But the distribution of these financial supports among institutions is very revealing.

In the third-level sector, Susi (Student Universal Support Ireland) supports 41 per cent of students attending universities and 61 per cent attending institutes of technology .

UCD, based as it is in the heartland of the State’s private fee-paying schools, attracts the lowest proportion of Susi-supported students, at 27 per cent.

Trinity, which has a very active access programme has managed to attract slightly more grant applicants (28.7 per cent). UCC, drawing many of its students from the rich farmlands of Cork and Tipperary, has 39 per cent among its student body.

In contrast, about half of the student bodies at NUI Galway, the University of Limerick and Dublin City University are in receipt of Susi maintenance grant support. Maynooth University has the largest number of Susi-supported students in attendance: 53 per cent of its student body.

It may seem surprising, but the numbers in receipt of grant support are much lower in the further education sector, which is made up mainly of post-Leaving Cert colleges. Only 40 per cent of students are grant-holders.

The explanation for this anomaly may lie in the fact that, in 2011, a charge of €200 per student was introduced for all further education students as a budgetary measure.

Furthermore, colleges have no budget for much of the necessary equipment. So these costs must be met by students, which puts further education course costs running at €800-€1,000 – and that’s before travel costs are factored in.

The high cost many school-leavers whose best interest would be served by taking a further education course before progressing onto a CAO course in a university or IT, are instead bypassing the PLC option.

This may well be down to financial reasons. If they progress directly to a course in an institute of technology, their €3,000 registration charge will be fully met by Susi. If they then drop out of the CAO, due to the difficulty of the course, it will transpire to have been hugely wasteful of both the student’s time and State resources.

Since the introduction of free second-level education in Ireland 50 years ago, the proportion of the population graduating onto further and higher education has grown exponentially.

There are currently more than 172,000 Irish-resident students attending full time on these programmes.

Some 80 per cent are in universities, colleges or institutes of technology. The remainder attend post-Leaving Cert colleges.

Of those in higher education, just over half are attending one of the seven universities, while 42 per cent are in the 12 institutes of technology. The remainder attend Dún Laoghaire IADT, Mary Immaculate Limerick, RCSI, NCAD and St Angela’s Sligo.

The vast bulk of students (82 per cent) in higher education are studying for honours degrees ( level eight programmes), with the remainder taking ordinary degrees or advanced diplomas (level six and seven).

This 82/18 ratio is up from the 55/45 at the turn of the millennium, demonstrating the inexorable rise in both the provision of and demand for honours degree programmes.

The downside of this trend is the high drop-out rates in first year from many courses, particularly among students with 250 points or less on their Leaving Cert who secure places on honours degree programmes.