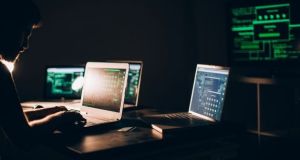 The study found those who reported sexually aggressive tendencies were more likely to watch a lot of pornography.

Pornography is associated with sexual aggression over time but only if the individual is already pre-disposed to aggressive behaviour, a new study has found.

Those who watched none or very little pornography were least likely to report that they had acted in a sexually aggressive way.

Adolescence is a key stage in sexual development, where beliefs about appropriate sexual behaviour is formed.

It is well documented that many harmful behaviours manifest during adolescence, with approximately half of sexual offenders reporting their first assault during this time.

The rising prevalence of pornography use, mostly but not exclusively, among male adolescents has prompted concerns among researchers and policy makers about the impact of pornography on young people’s sexual behaviour.

The researchers in this study believe that to further examine this issue, there is a need to look at the same cohort of people over a longer period of time.

Dr Kate Dawson from the school of psychology at NUI Galway, and lead researcher of the study, said these findings suggest a need to educate young people on sexual violence prevention.

“Taking into account the need to prevent sexual coercion among young people, and the significant association between pornography use and self-reported sexual aggressiveness at the age of 16–17 years, we suggest that school-based sexual violence prevention programmes should commence for that age group,” she said.“Intervention efforts should also address the potential contributing role of violent pornography in the reinforcement of sexually aggressive behaviour.

She added: “Similarly, our findings may inform recently proposed pornography literacy programmes, which provide tools for critical interpretation of sexually explicit imagery, but also to educate that a lack of consent is never acceptable.”