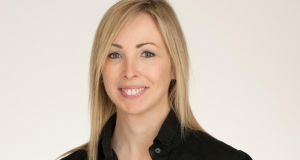 The Data Protection Commissioner Helen Dixon has said her office is conducting a number of investigations into the micro-targeting of individuals on large social media platforms.

Ms Dixon’s office is responsible for regulating personal data responsibilities of a large number of American tech giant companies such as Facebook, Twitter, Google and Apple with European bases in Ireland.

She told the committee that current investigations were open into the use of platforms, data brokers (companies who scrape on-line databases for personal information and then sell it on), and ad exchanges (where inventories of date are sold). She said her office hoped to conclude all investigations by next year, which were looking at the lawfulness and transparency of each action.

She said that micro-targeting individuals with specific content had the potential of amplifying the harmful effects of disinformation.

“In such a scenario, the profile a platform has created of a user and the categorisation of that user as being of a certain lifestyle, passion or habit may allow an undecided voter in an election context to be pushed in one direction or the other.

“All of this may happen without the user being aware their own data is being deployed to reinforce that individual’s existing viewpoint rather than the individual being in a position to take an objectively informed stance based on an understanding of both sides of an issue.

“Given the rates of online users who consume their news exclusively via social media platforms, this is a concern.”

Ms Dixon was speaking at a hearing of international grand committee into fake news and disinformation, which was taking place in the Seanad chamber on Thursday.

Parliamentarians from nine countries across the board were participating in the day-long hearing, chaired by Fine Gael TD Hildegarde Naughton.

It was examining issues such as false news, micro-targeting on social media, and political advertising and seeing if there are possibilities for international collaboration. They are also exploring how this can be done without preventing minority, human rights and pro-democracy groups in non-democratic countries from spreading their message.

In her contribution, Ms Dixon also said the issue of children and other vulnerable internet users being subject to disinformation and harmful content was also an area that overlapped into data protection.

She pointed to the difficulties in coming up with a solution that would help identify if users were children rather than adults.

“To date, a systemic solution to age verification online that protects younger users but leaves the internet open and accessible to all has been elusive.”

She pointed to attempts in the UK under the Digital Economy Act 2017 to impose age verification measures for access to legal online pornography.

The legal provisions have not been implement, something she said that underlined how difficult it was to arrive at a solution.