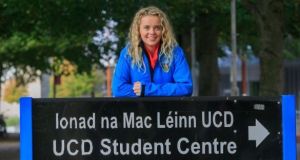 Leaving Certificate students who appeal their results will from next year get their results in time to start their chosen college course in the same academic year as their exams, if their points allow.

The Department of Education on Thursday said from 2019 students who appeal will have their results by September 16th, three weeks earlier than is currently the case.

At the moment it can take up to eight weeks for students to dispute their results.

Many students who disputed their exam results in the past, and received higher marks, had to wait until the following academic year before they were able to take up the course to which they were entitled.

This was because the outcome of the appeal was not known in time for the student to register.

The issue came to a head when Rebecca Carter sued the State Examinations Commission (SEC) when she failed to get a place in UCD to study veterinary medicine this year after the SEC decided not to re-check her results before mid-October, which would have effectively cost her a place at UCD. This college decides its student allocation by the end of September.

It was discovered the results from her business exam had been totted up incorrectly. Had they been correctly added up, she would have gotten her chosen course.

She sued the SEC when it was unwilling to recalculate her results in time for her to take up her place as a veterinary in UCD his year. The High Court ruled in her favour.

Ms Carter (18) Ms Carter eventually secured her place but started her course late because of the case.

During the case High Court judge Mr Justice Richard Humphreys said what had happened to Ms Carter must never happen to another student.

The higher education institutions (HEIs) will also strengthen the structured supports provided for appeal students who begin a higher education course shortly after first year has begun, to ensure they are not disadvantaged, the department said.

The HEIs said that in 2019 no first year undergraduate academic classes in HEIs will start earlier than the second week of September which means students who qualify for courses having appealed an exam result will not significant class time.

Minister for Education Joe McHugh said he is confident that the changes “will significantly improve the position for students who appeal their results from next year onwards.”

“As well as this, higher education institutions will offer improved supports for students who begin, or change courses, after the start of first year orientation, including academic supports where needed. This will ensure that students are given the best opportunity in their course.”

The department has also announced it will be appealing aspects of the Carter judgment to the Supreme Court. This appeal relates to constitutional issues and will not affect Ms Carter directly.