Motorcyclists urged to ‘ride with restraint’ over bank holiday 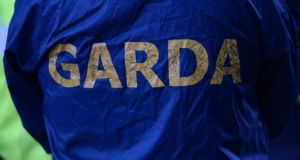 Motorcyclists have been urged to take extra care on the roads over the bank holiday weekend and “ride with restraint” as part of the national ‘Bike Safe’ campaign.

An Garda Síochána and the Road Safety Authority have appealed for all road users to slow down and for motorcyclists to “ease off the throttle” over the August bank holiday weekend - a period when there is often a spike in accidents.

Last year there were 15 serious collisions recorded on Irish roads, resulting in three deaths, over the August bank holiday.

Overall 20 motorcyclists were killed on the roads last year, and eight of the traffic fatalities were single vehicle collisions.

Derek Cloughley of the Garda Traffic Corps called on motorbike owners to “never ride beyond your own capabilities or that of your machine” as they enjoy the long weekend.

“There is a real social aspect of motorcycles and a lot of people only ride their bikes at the weekend,” said Mr Cloughley. “ A lot of the fatal collisions happen on routes that are very familiar to motorcyclists like scenic routes in the east. They’re lovely places to ride but they comes with dangers.”

Motorcyclists, especially those aged between 25 and 34, must have an awareness of the risks they face and take all necessary precautions, including slowing down, to ensure their safety, said Mr Cloughley.

He added that motorists must take extra care when driving near a motorcyclist. “The motorcycle is about a third of a width of a car so drivers must pay that extra bit of attention.”

So far this year seven motorcyclists have been killed in traffic collisions, with five fatal crashes taking place on a Sunday.

Motorcyclists who ride for a “social outlet” often use high powered bikes, are aged between 25 and 34, and have less experience than those who travel to work on their bike, according to Moyagh Murdock, chief executive of the RSA, who says the problem often lies with “weekend warrior” motorcyclists.

“Every year around this time we do see an increase in the number of people killed and injured on the roads, and in particular motorcyclists,” she said.

“People are on holidays, they are out biking at the weekends and they are sadly engaging in very risky behaviour,” she said.

“They just take their motorcycle out during the fine weather and sadly they do engage in going to the pub on a Sunday afternoon and afterwards think they are fit to ride home and that’s not the case,” she said.

The latest figures on motorcycle road deaths serve as a stark reminder of the added dangers facing motorcyclists during the summer months and the need for all road users to exercise caution, wrote an Garda in a post on its Facebook page.

“While most motorcycle riders are aware of their vulnerability when biking and the majority are safety conscious, there is a worrying minority that takes unnecessary risks,” it said. “The message from the RSA and Gardaí to these at risk bikers is to never drink drive, ease off the throttle and keep within the speed limits and always wear the appropriate personal protective equipment and high visibility clothing.”

A total of 88 people have died on Irish roads so far this year including seven motorcyclists, 19 pedestrians and 41 drivers.