More than €60m to expand and improve greenways 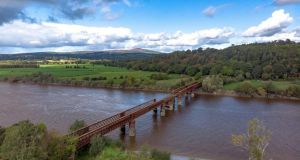 The Waterford-New Ross Greenway (above) will receive €9 million to fund its development. 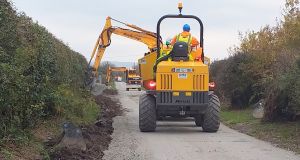 The Great Southern Greenway in Co Limerick is among the projects to be allocated funding.

Over €63 million has been allocated to improving and expanding greenways around the country next year.

The Midleton-Youghal Greenway in Cork will receive €10 million with €9 million allocated to the Waterford-New Ross Greenway.

Funding will also go towards extending the Grand Canal Greenway in Co Offaly from Daingean to Edenderry.

A new greenway bridge is to be constructed across the River Shannon in Athlone as part of the Galway to Dublin Greenway.

An expansion of the Great Western Way in Mayo will receive €5.15 million while the Blessington Loop in Wicklow will receive €6.4 million.

The funding will also help support the refurbishment of the Longford Canal cycleway and the Great Southern Greenway in Co Limerick.

The Tralee Fenit Greenway in Co Kerry will receive €3.4 million while the Aylmer Bridge to Sallins route in Co Kildare will receive €2.9 million.

Minister for Transport Eamon Ryan said the funding was the highest allocated to greenways within one year.

“Indeed, it nearly equals the total amount originally allocated for the 4 years 2018-2021 (€53 million) and shows the commitment of this Government to providing a step-change in the way in which we fund walking and cycling,” he said.

Minister of State for Road Transport Hildegarde Naughton said the allocations will “go a long way in delivering a safe and sustainable environment for active travel in our villages, towns and cities”.

“We are also supporting the roll-out of a new Safe Routes to School Initiative. This programme will seek to accelerate the delivery of improved walking and cycling infrastructure to schools; enhance sustainable access onto school grounds; and expand the amount of cycle parking available at schools,” she said.