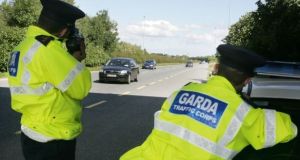 Almost half of the 1.4 million cars that underwent the National Car Test (NCT) last year failed the initial test. The Central Statistics Office’s (CSO) Transport Omnibus Report for 2019 shows that 97 per cent of vehicles passed after one or more tests. In terms of penalty points, men incurred about two-thirds of the 163,118 endorsement notices where gender was recorded. Speeding was the most common offence for both men and women.

The number of driving tests conducted last year increased by 37 per cent on the previous year. The number on the waiting list at the end of 2019 fell by three quarters (76 per cent) and the average waiting time for a test decreased from 11.4 weeks to 5.5 weeks over the same period.

Over three million Irish driving licences were held at the end of 2019, of which 7.6 per cent were learner permit licences.

Just under 2.2 million cars were licenced in the State last year, with five per cent of those licensed for the first time in 2019.

Over 12 per cent of new private cars licensed were electric or electric hybrid compared to 7 per cent in 2018. Irish licensed vehicles travelled a total of 47.1 billion kilometres last year while each private car travelled on average 16,352 kilometres.

A total of 140 people lost their lives on Irish roads in 2019 and September was the month with the highest number of fatalities (18).

Over 38 million passengers passed through Irish airports.The Dublin – Heathrow route carried the most air passengers (1.8m) and accounted for almost one twentieth of all passenger movements in the year.

The most popular country of origin/destination was the UK with 35 per cent of passengers, followed by Spain with 12 per cent and the US with 10 per cent of all international travel.