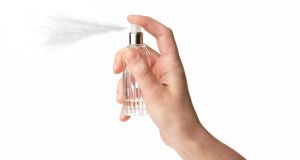 A service manager sprayed perfume on a male colleague and told him ‘let’s see how you explain that when you get home’, a case before the Workplace Relations Commission heard

A service manager sprayed perfume on a male colleague and told him “let’s see how you explain that when you get home”, a case before the Workplace Relations Commission (WRC) heard.

The spraying was one of a number of alleged bullying incidents documented by the general operative in his unfair dismissal case.

The WRC ordered his former employer, a winter services firm, to pay him €26,000 after finding that the man was unfairly dismissed two days after he raised his bullying concerns in the workplace.

The general operative told the WRC that the services manager would refer to him as “his bitch” and he alleged the manager turned a fire extinguisher on him while he was working under a car.

He alleged the fire extinguisher incident was later posted on Facebook and members of a motorcycle club that he, the manager and other staff were members of became aware of the matter. The complainant showed the video to the commission as evidence during the case.

The operative told the hearing that he overheard the service manager saying to the managing director that the way to treat the general operative was to knock him down so that he would be built up stronger than before.

The worker alleged that the service manager told him to go home and take Prozac, despite being aware that he was on medication for mental health issues.

The worker eventually decided he could take no more and left his workplace. He emailed the managing director to make a formal bullying complaint against the manager and finished his email by saying he loved the job but should not have had to put up with the behaviour of the manager.

The worker attended a meeting with the managing director two days later, along with the service manager, and was presented with a list of grievances against him which he maintained were false.

The man said he left the meeting due to the absence of any fair procedures and received an email later that day saying he was dismissed with immediate effect.

The service manager denied that bullying had taken place and instead described his interactions with the worker as “banter”.

WRC adjudication officer Gerry Rooney said the evidence supported the complainant’s claim and that it would not be reasonable to refer to the interactions in question as “banter”.

“I find that what appears to have occurred does demonstrate an extraordinary culture of behaviour in the workplace,” he said, adding that instead of dealing with the complainant’s concerns, the employer chose to “summarily dismiss” him instead.