Chair of Scouting Ireland to leave role after three months 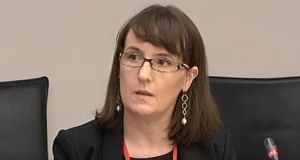 The chairwoman of Scouting Ireland’s board has resigned from the role after just three months in the position due to work commitments.

Aisling Kelly had been chair of the organisation’s new board since early October, but announced she was stepping down from the position at a recent board meeting, according to sources present.

Scouting Ireland is in the midst of a major historic child sex abuse scandal, which has threatened the future of the youth organisation.

An ongoing internal review of past abuse has identified 317 alleged victims, and 212 alleged perpetrators of physical and sexual child abuse.

The organisation has said information emerging from the review and from victims coming forward, points to alleged perpetrators being permitted to move between groups, and abuses occurring at all levels of legacy organisations.

Ms Kelly is a practising barrister, who has worked as a lawyer for 20 years, and previously sat on the council of the Law Society of Ireland.

It is understood Ms Kelly is to take up a position at a State body in the criminal justice system, and decided to step down from the board as a result.

The board has selected Adrian Tennant, who runs a human resources consultancy firm, to take over as chair.

The governance of the organisation has been in turmoil for much of the last year. In September Minister for Children Katherine Zappone suspended State funding to the organisation until the entire former board was replaced, which took place in early October.

The current board has begun to introduce a series of emergency financial measures to deal with the cost of the unfolding abuse scandal, such as funding a victims’ support scheme.

The board has suspended a 10 per cent rebate from local groups’ annual membership fees, that previously was paid back by the national office. The rebate had been paid towards providing support for the grassroots levels of the youth organisation.

Scouting Ireland has 40,000 juvenile members, and formed in 2004 following a merger of the Catholic Boy Scouts of Ireland and the Scout Association of Ireland. The majority of the 317 cases of alleged past abuse related to a period between the 1960s and the 1990s.