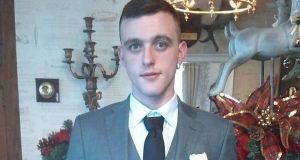 A 24 year old man has been jailed for five years after he almost caused a massive explosion that could have killed him and blown up a filling station in Co Cork when using an oxy-propane torch to cut open a bank machine.

Evan Stubbins from Church Road, Croom, Co Limerick had gone on to YouTube to research mixing chemicals to use a blow torch, which he was going to light with a cigarette lighter, to cut open the ATM at the Maxol Garage at Carr’s Hill, Carrigaline, Co Cork on August 2nd last.

On Wednesday at Cork Circuit Criminal Court, Stubbins pleaded guilty to possessing oxy-propane cutting tool apparatus, a lighter and various tools with the intention of endangering life or causing serious injury to property on the date in question, contrary to the Explosives Substances Act.

Stubbins, who appeared in court by video link from Cork Prison, also pleaded guilty to two other charges of causing criminal damage to an AIB ATM and attempting to steal the contents of the ATM.

Det Sgt Chris Cahill of Togher Garda Station told how gardaí Jeremy O’Leary and Tim McSweeney were on patrol in the area about 2am on the day in question when they spotted a VW Passat parked near the filling station and a man tampering at the ATM with a screwdriver.

The man, Stubbins, raced back to his car and tried to flee but the gardaí snatched his car keys and quickly subdued him. They arrested him and when they searched his car, they found a con-saw, a large crow bar, a face mask and overalls.

Gardaí also found two cylinders, one containing oxygen and one containing propane, strapped to the back seat of the car, which Stubbins had connected.

Det Sgt Cahill told the court that gardaí had consulted with a mechanical engineering expert who said that mixing the gases in the wrong amount in a void in the ATM and then lighting the torch could have caused a massive explosion that could have killed Stubbins and destroyed the garage.

At an earlier court hearing when Stubbins was first charged, it was stated that the filling station tanks contained 30,000 litres of petrol and diesel, and the resulting explosion would have destroyed houses some 200 metres away.

Det Sgt Cahill said that Stubbins was interviewed and he told gardaí that he planned to rob the ATM to pay off a drugs debt to unnamed individuals who had suggested the idea to him and had nominated the garage outside Carrigaline as a suitable target.

He said that Stubbins had no experience of using oxy-propane equipment but he had researched its use on a YouTube video and had driven down to Cork some time earlier to plan how he would carry out the robbery.

Defence barrister, Ray Boland BL pleaded for leniency, saying Stubbins, who was unemployed and mildly autistic, had entered an early plea and spared the State what could have been a complex trial while he also suggested the ham fisted nature of the plan was a mitigating factor.

However, Judge Sean O Donnabhain disagreed: “I’m taking that ignorance as an aggravating factor – this lad had no idea what he was at except what he learned from the internet – he was an explosion waiting to happen and I don’t think his ignorance of the danger is a mitigating factor.”

“What we have here was a mish-mash put together from surfing the internet, capable of causing huge damage to both himself and everyone else save for the guards coming on the scene – the danger here was so great that I consider ignorance of it an aggravating factor,” he said.

Informed that the maximum penalty under the Explosive Substances Act was 20 years in jail, Judge O Donnabhain said Stubbins should be given credit for the early guilty plea and taking that and his young age into account, he believed the appropriate sentence was one of five years in jail.