Man (41) died while snorkelling due to Sudden Adult Death Syndrome 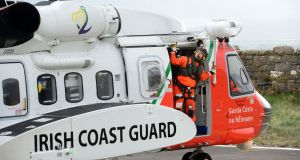 An angler who had been fishing nearby when the incident happened rang the coastguard. Photograph: Dara Mac Dónaill / The Irish Times

A 41-year-old man who was found unresponsive, 1½ hours after he had gone snorkelling at Streedagh, Co Sligo , died as a result of Sudden Adult Death Syndrome (SADS) an inquest has found.

Vitaliy Pecheroha, a Ukrainian man who was living in Sligo, had been snorkelling and spearfishing with a friend when the tragedy happened.

Konrad Mancewicz said that on June 10th last year he and the deceased had driven to Raghley near Sligo but it was very windy and they went onto to Streedagh near Grange village.

He said they had bought a few beers in a filling station on the way and Mr Pecheroha had drank a four pack “but he was used to drinking and four cans was nothing to him”.

The sea was not very rough that evening but the wind was catching the top of the waves making foam, the witness recalled.

He said they got into the the water at about 8pm and as they were spear fishing they did not remain close together.

After about an hour and a half he saw a flipper about three to five meters from the shore and he found his friend on the sea bed where the water was about five meters deep.

He dragged him out of the water, took off the top part of his wet suit and started CPR but there was no sign of life.

He shouted at two anglers who were fishing from the rocks . One ran to help while the other rang the coastguard.

The inquest heard that Mr Pecheroha was airlifted from the scene by the coastguard helicopter but was pronounced dead at Sligo University Hospital.

Paul McTiernan who was fishing off rocks at Streedagh when he heard a man calling for help said it took him about 10 minutes to reach the scene. He tried to help and checked for a pulse but could not find one.

The witness told corner Eamon MacGowan that it was sheltered where the two men had been snorkelling .

Dr Clive Kilgallen who carried out the the post mortem at SUH said that he came to the conclusion that the cause of death was sudden adult death syndrome.

A Dublin-based expert had confirmed this. He said such cases were due to inherited or genetic abnormalities . Proteins on the surface of heart cells affected the rhythm of the heart which could become chaotic and disorganised.

Dr Kilgallen told the corner that there was no hardening or blocking of arteries. “He is likely to have had abnormal heart rhythm which caused the heart to stop,” he said.

Dr Kilgallen said that SADS was not very well understood. It was something which happened sometimes with sports people.

The pathologist said the level of alcohol present was not high and he did not believe it was a contributory factor.

He also stressed that there was no evidence of salt water drowning.

John Leech, chief executive of IrishWater Safety, told the inquest that the most common cause of death in snorkelling was where people fainted and drowned.

He said snorkelling was a stressful sport and people needed to be fit and well trained. The Irish Underwater Council was very good at training.

Questioned about the safety of surfing in Ireland he said that because of the inspection regime it was one of the safest countries in the world to surf.

Mr MacGowan returned a verdict of accidental death and found that the cause of death was Sudden Adult Death Syndrome.