Test for alcohol in pregnancy could reduce risk to babies 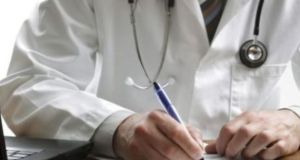 The Irish Medical Organisation passed a proposal at the weekend calling for an alcohol test for pregnant women. Photograph: Thinkstock

A test for alcohol use during pregnancy would give doctors an opportunity to “stage an intervention”, the former president of the Irish Medical Organisation (IMO) has said.

A proposal calling for alcohol testing during pregnancy was passed at the IMO’s annual conference at the weekend.

The measure is designed to reduce incidences of foetal alcohol spectrum disorders in Ireland and was proposed by a specialist in public health.

It is possible to detect alcohol for up to five days, Dr Hogan said.

“Women have been getting mixed messages about drinking during pregnancy. Doing this test will give doctors an opportunity to stage an intervention.”

“It will tell the true incidence of what is going on.”

Dr Hogan told Newstalk Breakfast that foetal alcohol spectrum disorders might not present themselves immediately, but that the symptoms can include abusive behaviour, low IQ and issues with alcohol and drugs. She said those with the disorder can often end up homeless.

“You have to tell people directly that they are putting their baby at risk. Having evidence helps,” Dr Hogan said.

The exact levels at which damage can be caused by drinking during pregnancy are unknown as people have different metabolism rates, she said.