Man (24) charged with murder of John Curran in South Africa 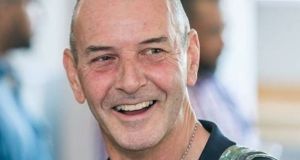 A 24-year-old man has been arrested and charged with the murder of Irishman John Curran, who was stabbed to death in his Cape Town apartment earlier this month.

Police spokesman Captain Ezra October told The Irish Times the suspect was arrested on Friday night following a collaboration between a number of specialist police units that had been assigned to work together to secure a breakthrough in the case.

Mr Curran was a 60-year-old teacher from Dublin who had been working as the director of education at Irish NGO Mellon Educate in the Western Cape’s provincial capital for the past two years. He was found dead on November 7th in his apartment with multiple stab wounds.

The accused will appear at Cape Town magistrates court on Monday morning where he will be assigned legal aid and may apply for bail. According to the police spokesman the accused will not be asked to plead at the hearing, which is his first appearance in court.

The South African Police Service circulated CCTV images of a suspect shortly after the attack as part of a public appeal for information to trace his whereabouts.

The man who arrested on Friday was not known to the police.

A memorial service was held on Friday in Dublin for Mr Curran who was about to return to Ireland when the tragedy struck.